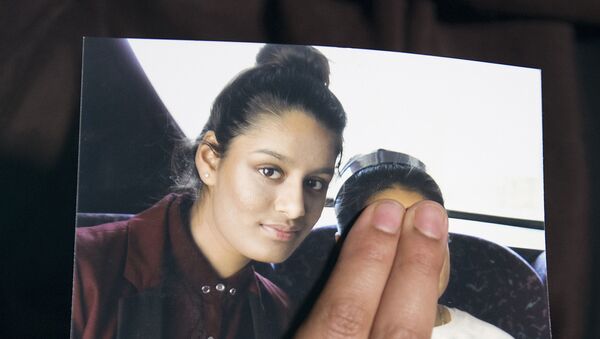 Aleksandra Serebriakova
Moscow-based Sputnik correspondent specializing in foreign affairs.
All materialsWrite to the author
Daesh bride Shamima Begum, who left the UK in 2015 to join the terrorist group in Syria, is currently fighting to get back to the UK after her British citizenship was revoked by then Home Secretary Sajid Javid last year.

This week, the British Court of Appeal directed the case over Shamima Begum’s citizenship status to the Supreme Court, after initially deciding in July that Begum would be allowed to come back to the country “to pursue her appeal”.

Begum, 20, was stripped off her British citizenship by the then-Home Secretary Sajid Javid last year, citing national security concerns, after she was found in a Syrian refugee camp. Begum left the UK in 2015 to join the Daesh* terrorist group in Syria, where she married a Dutch terrorist, but she left Raqqa in January 2017, after losing two children and another one in a camp in 2019.

According to report by the Telegraph, the London-raised teenager could have been a member of the terror group’s “morality police”. Last year, Begum, who maintains that she was “just a housewife” despite being aware of atrocities committed by the Islamic State, appealed the Home Office’s decision to revoke her citizenship and is currently seeking to return to the United Kingdom. 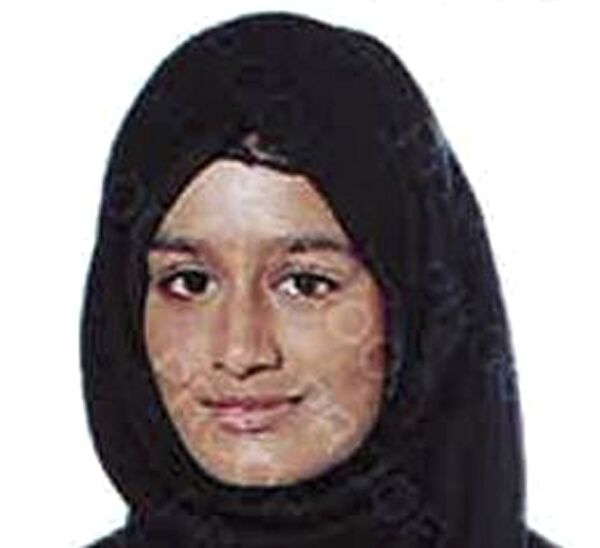 However, the Court of Appeal’s July ruling to allow her to return to the country to present her arguments in court has divided the public.

This decision was “based on the principle of fair hearing and justice”, which “surpasses legality” in this case, says expert on counter terrorism and organised crime David Otto. He called the Court of Appeal’s ruling “a clear demonstration of the fairness of the rule of law in the UK” but added that it creates concerns for the Home Secretary, as well as uncertainty over returning foreign fighters who might seek to benefit from her case.

“Now, let us assume that she lost the case at the Supreme Court while in the UK. As she is now on UK soil, such a judgement will open up another legal battle of what to do with her at that point”, the expert explains, arguing that it will be unlikely that the Home Secretary will succeed in extraditing the woman back to Syria or Iraq, while the home country of her parents Bangladesh will probably not accept her either.

“This predictive grey area is, in my opinion, the bone of contention which will play out in the arena of the Supreme Court”, explains Otto.

He believes that Begum “will surely serve some time in prison if she returns to the UK” for travelling to join Daesh and may also have to complete a “rehabilitation and deconstruction programme” as a precondition for her return. However, the counter terrorism specialist notes that “there is no fixed outcome when it comes to rehabilitation of jihadists and no effective measure of the rate of recidivism”.

Legal Precedent For Other Returnees?

Another issue around Begum’s return to the UK concerns the legal precedent it creates for the British legal system.

For Otto, it will be highly “unlikely”, although “not impossible” for some foreign fighters to benefit from Shamima Begum's appeal, as they would “have to match her case point for point”.

“If a jihadist suspect’s case is similar to that of Shamima Begum - like for like, then the ruling gives them a window of opportunity to come to the UK and defend their case. As far as the process of returning back is concerned, each foreign fighter will be scrutinised based on an assessment of the risk to UK national security”, the expert explains.

However, Otto concludes, it will still be very difficult to “meet the Shamima Begum threshold”, as “her case is particular, limited to her personal trajectory with inbuilt case sensitive facts”. 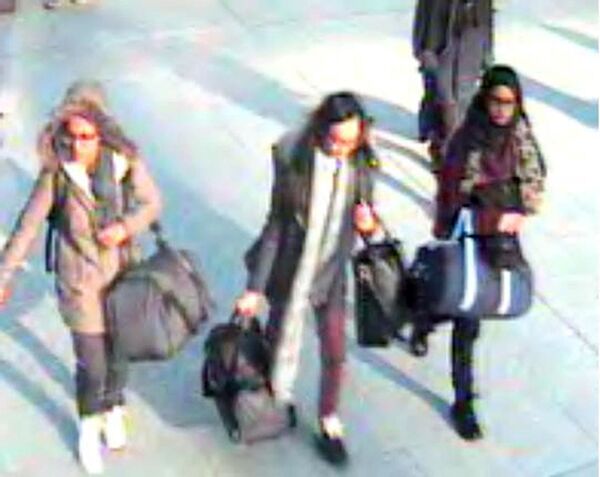 In this still taken from CCTV issued by the Metropolitan Police in London on Feb. 23, 2015, 15-year-old Amira Abase, left, Kadiza Sultana,16, center, and Shamima Begum, 15, walk through Gatwick airport, south of London, before catching their flight to Turkey on Tuesday Feb 17, 2015
© AP Photo / Metropolitan Police

The situation around each returnee is indeed different, and requires certain categorization, says David Lowe, a retired police officer and senior research fellow at Leeds Beckett University Law School, considering the fact that in some cases whole families were flying to Syria, bringing young children with them, with each case requiring separate assessment.

In terms of Begum, she also made her decision to leave at the age of 15, notes Peter Williams, Policing & Terrorism Expert at Liverpool John Moores University, and this “should be taken into account”.

“Also and you won't see this in the media, MI5 cannot get intelligence from her whilst she is in a camp in Syria, for all we know she knows the name and location of who radicalised her and that person/s may still be out there”, Williams adds.

But the whole situation around Begum's citizenship revocation also comes down to the question whether the executive or judiciary authorities can actually “make someone stateless”, according to Lowe.

“I think what they're looking for is a decision from that, because it's not just about Shamima Begum it's others who will be in a similar position. So it's looking at a precedent”, the researcher says, noting that the power to make this decision lies solely with the Supreme Court.