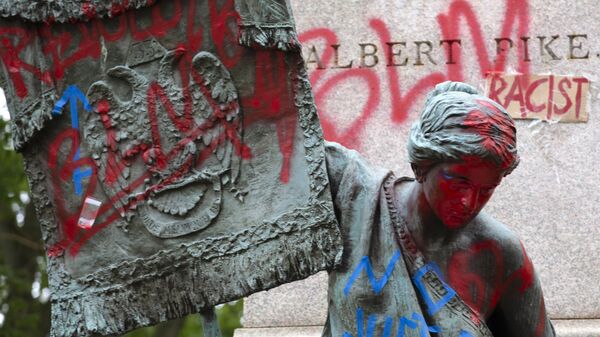 Daria Bedenko
All materialsWrite to the author
Opinion editor Bari Weiss quit her New York Times job over claims of a "hostile work environment" created by fellow journalists in the editorial section, claiming that she was discriminated against over her conservative viewpoint.

Praising the role of criticism in "the work that we do", she argued that so-called cancel culture is closer to punishment instead of criticism.

"Criticism is great. What cancel culture is about is not criticism. It is about punishment. It is about making a person radioactive. It is about taking away their job," Weiss told Maher, cited by The Hill. "The writer Jonathan Rauch [of The Atlantic] called it social murder. And I think that's right".

"Cancel culture", Weiss claimed, is a "sort of secondary boycott of people who would deign to speak to that person or appear on a platform with that person", and makes it impossible to solve conflicts when there is disagreement.

"And we see just very obviously where that kind of politics gets us. If conversation with people that we disagree with becomes impossible, what is the way that we solve conflict? It's violence", she insisted.

In denouncing cancel culture, Weiss left The New York Times, alleging that she had to deal with a "hostile work environment" and "unlawful discrimination". In an open resignation letter, she described herself as a centrist and claimed that it was impossible to work in The NY Times with her views - something that the outlet denied, asserting there is an environment in the editorial with "mutual respect required for all".

What is 'Cancel Culture'?

A term relatively new and hard to define, cancel culture involves boycotting a person, company or a concept for making a "cultural misstep" or "error", although the definition of the purported cultural wrongdoing may not be clear to all. In some cases, cancel culture could occur due to a "mistake" caused by voicing an opinion not in line with a particular demographic's views.

In 2020, amid nationwide anti-racism and anti-police-brutality protests sparked by the death of George Floyd, some historical personalities of the United States. known for supporting and practicing slavery or merely living in a period when it was practiced, have seen their legacy receive widespread demand to be "cancelled".

Violent protesters have toppled statues of George Washington, Christopher Columbus and other prominent historical figures, sometimes backfiring on personalities like Frederick Douglass, whose monument was toppled by unknown vandals even he is known as a prominent abolitionist leader and civil rights activist.

The Democratic presumptive nominee, Joe Biden, when addressing the nation on the 4th of July, urged the US to "tackle systemic racism". Speaking about "controversial" monuments of Washington or Jefferson, he claimed that these statues "belong to museums, not public places". Biden said that though he could understand "anger and anguish" of those toppling Confederate statues, "it’s always better to do it peacefully".

His electoral rival, US President Donald Trump, voiced opposition to cancel culture by saying that it is a political weapon of "the Radical Left". During an Independence Day campaign rally speech at Mount Rushmore, South Dakota, Trump accused violent protesters of carrying out "a merciless campaign to wipe out our history, defame our heroes, erase our values, and indoctrinate our children".

Among other entities and personalities witnessing the effects of cancel culture are multiple people and brands such as football team the Washington Redskins, that will change its name due to being "offensive" toward Native Americans; the iconic Hollywood movie "Gone With The Wind", labeled "racist"; several episodes of the show "Golden Girls", and even the "Eskimo" brand frozen desert. Some have called for "re-examining" superheroes, claiming that they are all-too-often pictured as "cops with capes who enact justice with their powers", while being an "extension of a broken US justice system or as vigilantes without any checks on their powers".