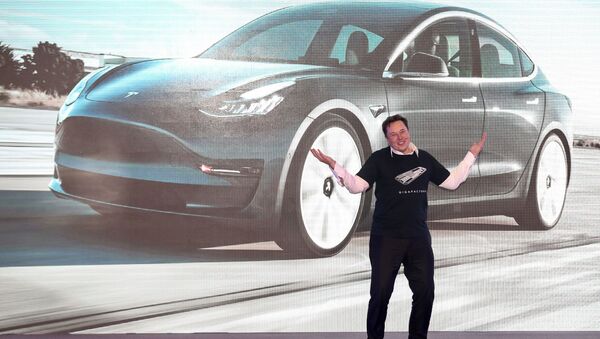 The Tesla boss, whose business was built on the back of government subsidies, has lamented that he has received much less federal aid than other US automakers.

Elon Musk has praised China’s work ethic and criticised America’s, predicting that US companies will lose ground because of their “complacent and entitled” attitudes.

“China rocks in my opinion. The energy in China is great. People there – there’s like a lot of smart, hard working people,” Musk said on Automotive News’ podcast on Friday.

“And they’re really -- they’re not entitled, they’re not complacent, whereas I see in the United States increasingly much more complacency and entitlement especially in places like the Bay Area, and L.A. and New York.”

Elon Musk compared those areas and the nation as a whole to sports teams who get fed up with victories.

Musk also claimed that Tesla has received “the least government support of any car company.”

The electric car manufacturer, then an upstart company, secured a $465 million loan from the Obama administration in 2010 to set up a plant in California and to begin production of its flagship Model S sedan. It repaid the loan in 2013, nine years ahead of schedule.

The total amount of taxpayer-funded subsidies for his tech empire (which also includes rocket-building company SpaceX and renewable energy firm SolarCity) reached $4.9 billion by 2015, according to The Los Angeles Times.

Tesla also disclosed in its quarterly filing on Tuesday that it had received “certain payroll related benefits” from the government in the first half of 2020 to offset the impact of the coronavirus pandemic, but would not reveal how big the assistance was.

The company’s only US factory, in California, was shut down for six weeks in the spring. Elon Musk, who has long cast doubt on the severity of the pandemic, very publicly defied state restrictions and reopened the site in May.

An opponent of further government stimulus aid, Musk also got around $1.6 billion in loans from local banks in China to construct and begin manufacturing vehicles at its Shanghai factory. The factory was quickly reopened in February after just two weeks of a government-ordered shutdown and shortly after the WHO declared the coronavirus an international public health emergency.

Chinese officials helped Tesla procure 10,000 respirators, disinfectant and other supplies to resume operations on the first working day after the Lunar New Year break, state media reported at the time.

However, Musk said on the podcast, Tesla had not received as much aid from Chinese authorities as domestic companies. “They have been supportive,” he admitted. “But it would be weird if they were more supportive to a non-Chinese company. They’re not.”