With the Dollar Facing Collapse, What Are the Candidates to Replace It? 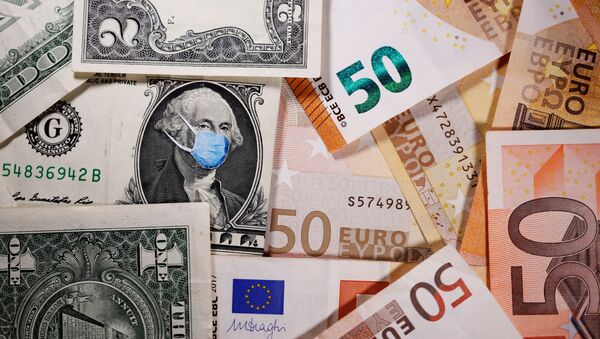 Aleksandra Serebriakova
Moscow-based Sputnik correspondent specializing in foreign affairs.
All materialsWrite to the author
The US economy has been hit hard by the coronavirus, with the Federal Reserve pushing for quantitative easing and nearly-zero interest rates to help American companies offset the pandemic’s impact. But the flipside of America's economic slide is that the stability of the dollar as a global reserve currency is now being called into question.

The American dollar continued its decline this week, with the ICE US Dollar Index, which measures its weight against a basket of six major currencies, fell to 92.635, or by 0.4%, on Friday, and is now trading as its lowest level since July 2018.

With this rate of decline, the index may plummet to as low as 80, leading to a full-fledged crash of the American currency, predicts financial commentator and veteran stockbroker Peter Schiff, who believes that a crash could happen by the end of 2020, “perhaps by election day”.

The decline in economic activity associated with the coronavirus restrictions and rising number of cases across America’s Southern states have been accelerating this decline. Meanwhile, the US Federal Reserve have been pushing for aggressive quantitative easing to support US companies, adding almost $3 trillion to its balance sheet since February through unlimited financial asset purchases, which have now topped $7 trillion. 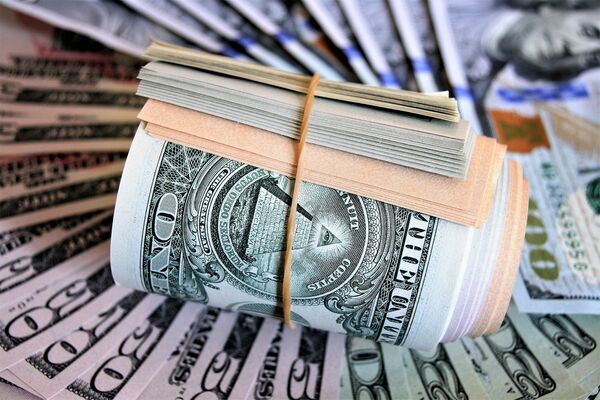 The US federal budget deficit is now set to reach a record-breaking $3.8 trillion this year. But the Democrat-led House of Representatives is still pushing for a new coronavirus-related $3 trillion aid package in addition to the one passed by the Trump administration in March. With all these factors in mind, as well as a mounting US national debt, which hit the record $24.22 trillion mark in April, the role of the dollar as a universal store of value is now been questioned as never before.

The price of gold has been rising to new heights during coronavirus pandemic, setting a new record this week, at  $1,928.83 per ounce. For Peter Schiff, it is gold that is set to take dollar’s place as the global reserve currency, according to his recent podcast.

Gold has real and intrinsic value – it is a pliable electric conductor, note analysts from Bloomberg, making it “free of counterparty risk”. But is also a physical object that is not going to fall victim to central banks printing money for funding needs, risking hyperinflation. Instead, the process of gold extraction is expensive and complicated, signaling stability in inflation rates. 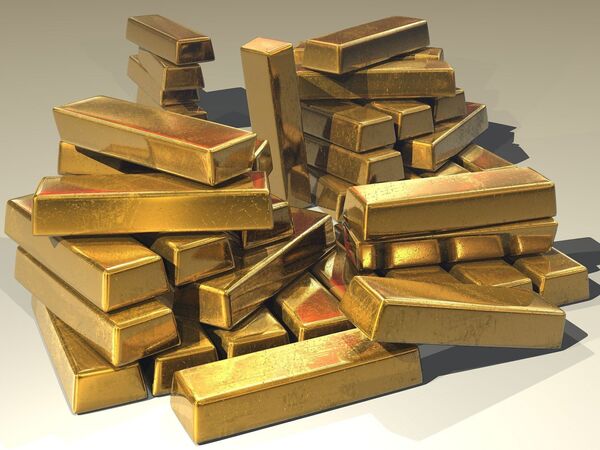 But that's not the whole story. There were reasons why the Bretton Woods system was established in the first place, mainly to shift the world away from a strong dependency on gold. The Great Depression has been blamed, at least in part, on gold’s scarcity and inflexibility, as it means that central banks around the world are unable to actually control the supply of money in the economy. And if the supply of money cannot be controlled that easily, it makes it almost impossible to react to changes in aggregate demand, thereby risking economic recession.

The Euro remains the second-most held currency in foreign exchange reserves, making it a real competitor to the dollar. It is a multilateral medium of exchange with its own bank, which is used in nearly a third of all foreign exchange transactions.

However, following the European debt crisis in 2009, the euro has remained in a weak position. Attempts to mitigate the consequences of the economic slowdown have been offset by disagreements between Northern European countries and those nations in the south and east of Europe over the most appropriate stimulus package to use. Even with the overarching power of the European Central Bank over monetary policy, the EU still lacks a shared fiscal approach.

Known as SDRs, these supplementary foreign exchange reserve assets have been created and maintained by the International Monetary Fund (IMF) since 1969. Not a currency per se but a claim to one, SDRs are based on an adjustable basket of key currencies and are easily accessible to all nations. They can act as a universal reserve asset, but not as a direct measure of exchange though. On a downside, with its strong position in the IMF, Washington still has the primary power to veto all allocations of SDR it does not approve of.

Following a recent scandal with fake gold bars in China, many crypto enthusiasts argued that such a scenario would have never happened with digital currencies such as Bitcoin, Bitcoin Cash, Ether or Tether. They are decentralized, have no physical back-up and cannot be counterfeited. But these same arguments are often used against them – cryptocurrencies are prone to manipulation and are extremely volatile, critics say. These doubts prompted global investment bank Goldman Sachs to declare in May that cryptocurrencies should not be even recognized as an “asset class”. A recent bitcoin scam on Twitter has also did not quite add to crypto reputation around the world.

Bloomberg economists suggest that the Japanese Yen and Chinese Yuan can now be seen as potential alternatives to the dollar. The Japanese currency has remained one of the world’s most popular reserve currencies for a long time, making up nearly 6% of official foreign exchange reserves in 2019. However, it remains a victim to massive asset purchases by the Bank of Japan which owns nearly half of the country’s huge national debt. With persistent deflation, the country may not be willing to actually see the yen rising much in value, analysts note, in order to keep Japanese companies competitive in international markets.

China is a growing challenger to the United States as an economic power. According to IMF estimates, it may have already overtaken the US in terms of its massive GDP, although only if measured in purchasing power parity terms. Despite the yuan’s advances, the currency is still too closely dependent on the monetary policies of the People’s Bank of China, something which prevents it from going truly global, analysts suggest. So far, the yuan accounts for just 4% of foreign exchange transactions, according to recent estimates.

However, with the dollar’s mounting decline, and China’s rise as a leading economic power, the role of its currency may contribute to its position as a universal store of value in the future.