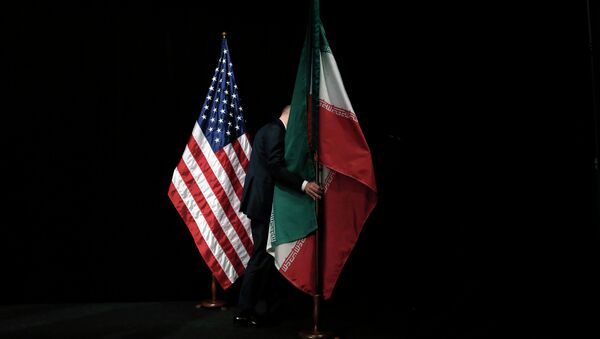 Iran’s Supreme Leader Ali Khamenei said that the US sanctions have made Iran stronger and more self-sufficient.

"America's brutal sanctions on Iran are aimed at collapsing our economy ... Their aim is to limit our influence in the region and to halt our missile and nuclear capabilities," Khamenei said.

He added that the US dream to achieve its goals through sanctions and maximum pressure on Iran will never come true.

The nation's Supreme Leader said that Iran will not halt its ballistic missile or nuclear programmes.

"Relying on national capabilities and cutting our dependence on oil exports will help us to resist America's pressure," Khamenei stressed.

Iran will not negotiate with the US, which is determined to curb Iran’s regional influence and end its progress, Khamenei added.

Tehran faced US economic sanctions pressure after Washington withdrew from Iran nuclear deal (also known as the JCPOA) in 2018. Citing allegations that Tehran was still working on developing nuclear weapons, something repeatedly dismissed by both Iran and International Atomic Energy Agency inspectors, the US ditched the multilateral deal and threatened to impose sanctions against other participants, if they continued doing business with the Islamic Republic.

Washington imposed sanctions on Iran's oil trade, one of its main sources of revenue, and the country's banks, resulting in their disconnection from the global SWIFT system. In response, Iran promised to completely stop financial operations using the American currency. According to allegations made by US officials, Tehran used gold as a payment method, when it delivered fuel and resources for refineries to Venezuela via tankers at the end of April.

000000
Popular comments
The Leader of IRAN is correct, but at the same time the new trade agreement with China is going to THWART all the sanctions and US's MISERY starts when IRAN keeps selling these fantastic weapons that they have been making.
Chamroosh
31 July 2020, 10:50 GMT6
000000
If there is a war, the UN ineptitude will be responsible. Close the UN and put in it the USA administration. The most useless UN in History.