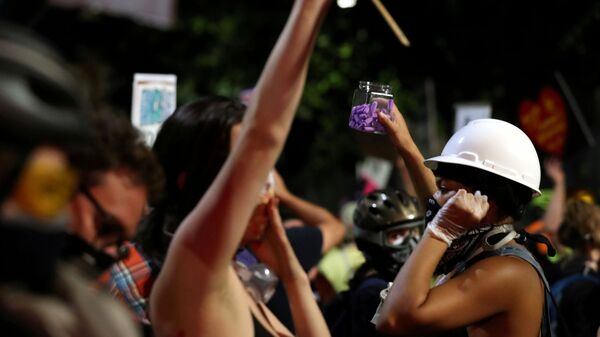 Ilya Tsukanov
All materialsWrite to the author
George Soros, the Hungarian-born billionaire financier and hedge-fund manager, has been using his wealth to influence politics in countries around the world for over thirty years. Since 2016, the philanthropist has been accused of committing substantial financial resources to try to weaken the Trump administration.

According to the report, chief state prosecutors in states across the country who were backed by the billionaire during their election campaigns via his Justice & Public Safety PACs have backed controversial legal initiatives amid the George Floyd protests.

These include St. Louis Circuit Attorney Kim Gardner’s recent move to bring charges against the McCloskeys, a St. Louis couple who stood outside their home brandishing guns as a group of protesters marched past their home in June, some of them shouting threatening remarks. The couple say they engaged in the show of force out of fear that protesters who had previously targeted stores and bystanders might attack them next. Gardner received tens of thousands of dollars from Soros’ Safety and Justice committee in 2016 for an ad campaign.

The charges against the St. Louis couple has since been turned into a property rights and gun rights issue among conservatives, and Missouri’s Republican governor, Mike Parson, has promised that he would consider pardoning the McCloskeys if they were charged. The couple is facing felony unlawful use of a weapon charges and a misdemeanor charge of fourth-degree assault, and could get up to four years in prison if convicted. 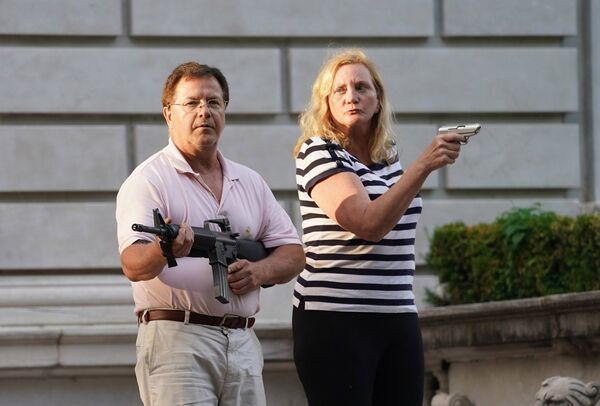 Mark and Patricia McCloskey draw their firearms on protestors as they enter their neighborhood during a protest against St. Louis Mayor Lyda Krewson, in St. Louis, Missouri, U.S. June 28, 2020.
© Photo : Twitter / @notallbhas

Cook County, Illinois State Attorney Kim Foxx is another Soros-supported actor. Earlier this year, the Chicago Sun-Times reported that Soros had given a $2 million donation to the Illinois Justice & Public Safety PAC supporting Foxx’s reelection. Foxx, who famously dropped charges against actor Jussie Smollett after he falsely accused Trump supporters of assaulting him, recently told local media that she would be lenient toward protest and curfew-related violations, and suggested that prosecuting such cases would not be a “good use of our time and resources.”

In Orlando, State Attorney candidate Monique Worrell accused her opponent Ryan Williams of using “anti-Semitic trope that the President of the United States also uses” after he brought up Soros’ support for her candidacy. 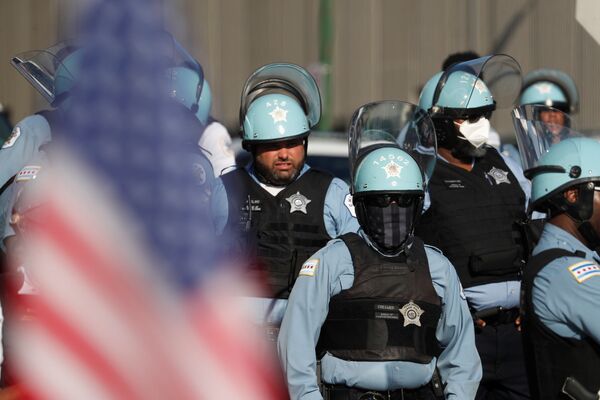 Last month, US-based Jewish NGO the Anti-Defamation League reported that the number of negative tweets about Soros has spiked exponentially amid the George Floyd protests, with users accusing him of seeking to “destroy” the United States from within and alleging that he has been funding protests directly through support for Antifa or by busing street protesters in (these claims have not been substantiated).

Stock Holdings of Megafinanciers Like Soros May Be Kept Secret Under Proposed New Regulations
Soros’ Open Societies Foundations grant-giving network is known to have channeled as much as $33 million into groups affiliated with the Black Lives Matters movement, one of the protests’ key organizers, but again there is no evidence at this stage that the money was provided specifically to organize protests. OSF has also provided funding for a group called the Organized Communities Against Deportation, which has joined defund the police protests.

Over Thirty Years of Experience

With his involvement in politics going back to the mid-1980s, Soros has spent hundreds of millions of dollars on spreading his vision of a globalized, liberal, market-driven world order to over 60 countries worldwide. The investor got his start by providing financial and organizational support to anti-communist movements in Eastern Europe, including his native Hungary, in the 1980s. In the early 1990s, Soros established a series of institutions encouraging political, social and economic reforms throughout Eastern Europe and the former Soviet Union. This included spending over $100 million in Russia on textbooks, educational grants, media and NGOs. Soros’ foundations were kicked out of Russia in 2015 after authorities listed groups affiliated with him as a threat to national security.

Late last year, US Attorney General Bill Barr said that Soros’ financial contributions to US prosecutors’ elections may have a detrimental long-term impact on law enforcement and lead to increased crime.