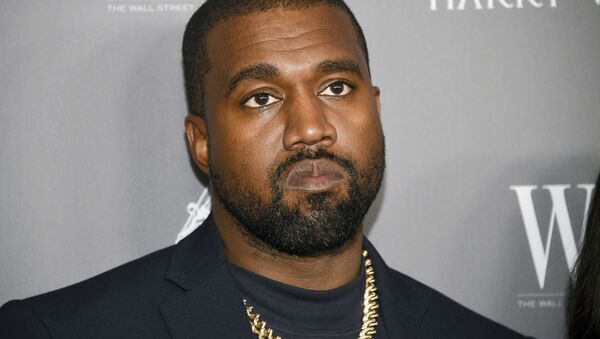 While quite a few social media users reacted to Kanye's tweets, a number of them seemed more interested in the rapper's upcoming new album rather than the messages themselves.

Popular American rapper Kanye West has once again shared his thoughts with his sizeable social media audience, in a couple of tweets that appear to be his first activity online following a reunion with his wife Kim Kardashian earlier this week.

In one of the messages, Ye revealed how he cried about the thought of aborting his "first born", adding that while "everyone was so concerned about him", he is "concerned for the world that feels you shouldn’t cry about this subject".

In the second post, Kanye mused about a "tactic of four D's", which apparently stands for “distract discredit dismiss to destroy".

I cried at the thought of aborting my first born and everyone was so concerned about me... I’m concerned for the world that feels you shouldn’t cry about this subject.

​"I am quite alright", he added. "Take a second and think about what is being projected here".

The rapper's tweets elicited a somewhat mixed reaction online, as while some social media users seemed to appreciate Kanye's sentiment in the first tweet, a number of people went on to mock him over the second one.

People making fun of you for having feelings. They need to reevaluate themselves

I love that you tell us your truth but also want to offer than you don’t owe us any explanations. If people couldn’t see what made you upset, how you feel, that is their limitation. Not ours.

Looks like we’re going for another ride on the bi-polar express.

A number of social media users appeared to be more interested in Ye's upcoming album.