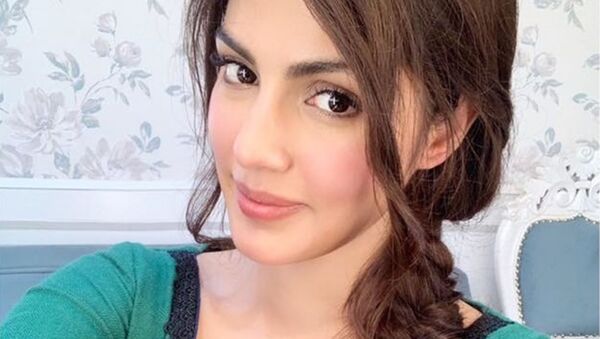 New Delhi (Spuntik): Earlier this month, the entire country was left in a state of shock after Bollywood actor Sushant Singh Rajput ended his life in Mumbai.

India’s Economic Intelligence Agency has filed a money laundering case over suspicious transfers of money to the value of $2 million (INR 150 million) in connection with the death of actor Sushant Singh Rajput.

According to officials of the Enforcement Directorate (ED), the case has been registered on the basis of a Bihar Police first information report.

Earlier on Thursday, the ED asked the Bihar police to hand over a copy of the complaint to check allegations of tampering with Sushant’s bank accounts.

Sushant’s father KK Singh alleged that there were unexplained transfers from the bank accounts, while accusing his son's girlfriend actress Rhea Chakraborty of pushing him to commit suicide.

Singh alleged that sums totalling $2.2 million and $2 million were transferred from Sushant’s account to Rhea.

Sources in the ED revealed that it will send out a summons to the actress next week.

Over the last few weeks, several politicians, Bollywood stars and members of the general public have been asking for a through investigation into Sushat's death.