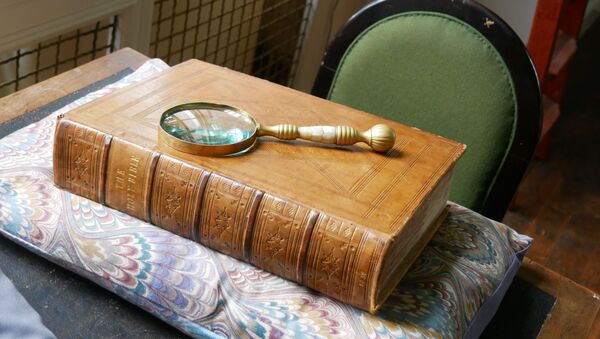 Aleksandra Serebriakova
Moscow-based Sputnik correspondent specializing in foreign affairs.
All materialsWrite to the author
Thomas Cromwell was a chief minister to English King Henry VIII, who was a key figure in the Reformation that took place in England in the 16th century. He was also known for some interesting political stunts during his time at court, before being beheaded in 1540.

A copy of the 16th-century Great Bible given to Henry VIII was manipulated by Thomas Cromwell, claims Israeli researcher Eyal Poleg from Queen Mary University of London.

The King’s personal copy of the Great Bible, which has been kept in St. John’s College library at the University of Cambridge since the 17th century, was analysed with the help of a digital microscope and X-ray technique by Poleg and senior research scientist Paola Ricciardi to conclude that certain “manipulations” had been done to the book.

“It’s been done so professionally that a microscope and a good light source are needed to see it”, Poleg explained to Haaretz.

“What happened in the 16th century, in the court of Henry VIII, resembles today’s Photoshop”, he adds.

The scriptures were given to the English ruler but his close royal adviser Thomas Cromwell after Henry VIII broke ties with the Catholic Church and established the Church of England. The first translation of the Hebrew Bible, dubbed the Great Bible, was then published in 1539, to be distributed to churches around the country and read out during the services. According to Poleg, “it was the first time that every church in the kingdom was ordered to buy the Holy Scriptures in the English language”. 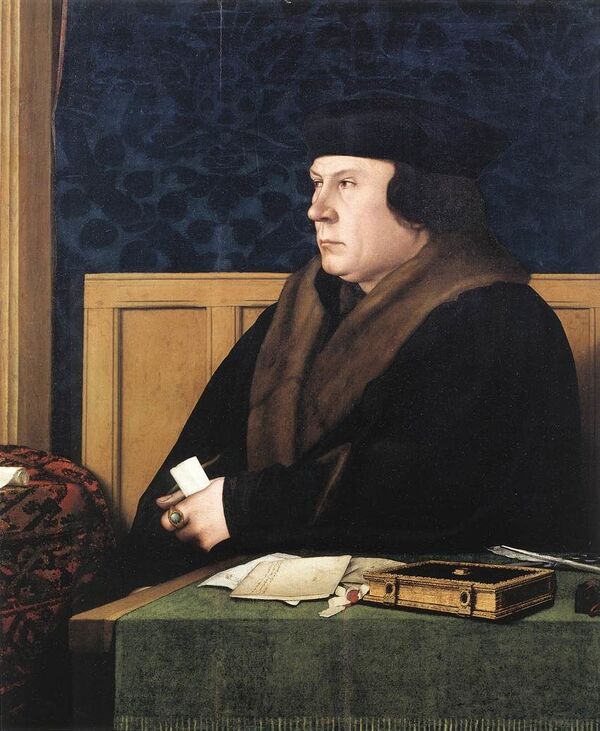 Cromwell played a major role during the English Reformation process, and was also immortalized in one of the illustrations in the printed scriptures. However, the scientist notes, he might eventually have gotten cautious over his representation in the book. This is explained by the fact that there are some significant differences between his portrayal in the Bible’s version distributed to the churches and the one given to the King that was printed in 1539.

In the original version, the political adviser was portrayed as giving out copies of the sacred book to the ordinary folk, something he could have feared would not be approved of by the King, Poleg notes. Therefore, in the version of the scriptures given to Henry VIII, the one that has been kept in the University’s library, the image was redrawn to show Cromwell receiving the Bible from the King.

“Cromwell with his sharp political senses, changed the picture in order to please Henry VIII,” Poleg says. “He recognized the risk he faced and the king’s lack of desire to support the distribution of the scriptures to the simple people.”

Other manipulations reportedly included the changes made to one illustration of a woman, allegedly to make her more identifiable as Jane Seymour, Henry VIII’s “beloved” wife, who died shortly after given birth to their son King Edward VI.

Bones Found Hidden in English Church Wall Likely Those of 7th Century Saint and Anglo-Saxon Princess
“With the help of advanced analysis, we found that her dress was colored with silver stripes and her head was decorated with a golden leaf – which made her a more distinguished figure in the illustration,” the historian says, arguing that the gesture was apparently made for the same purpose - to please the King.

However, Henry VIII actually later withdrew his support for distributing the Great Bible among common folk and actually passed laws preventing women and people from the lower classes from reading it. He also became disappointed with his top minister Cromwell, who was declared a traitor after the King married Anne of Cleves. Cromwell was beheaded in 1540, after less than 10 years in office.