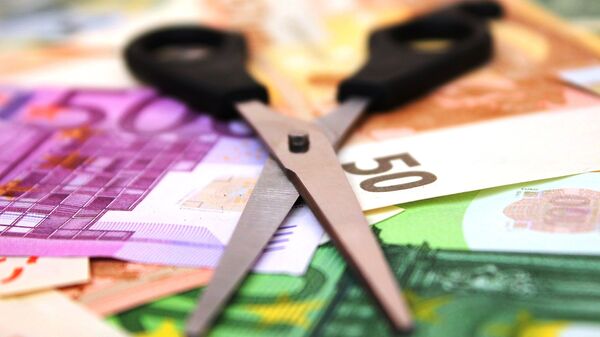 According to Eurostat, the GDP collapse that has affected both the Eurozone and the broader EU marks the largest recorded contraction of its kind since 1995.

The European Union's GDP also saw a 14.4 percent year-on-year decrease in the second quarter of the year, which is the sharpest decline since 1995, Eurostat said in a press release.

"Compared with the same quarter of the previous year, seasonally adjusted GDP decreased by 15.0% in the euro area and by 14.4% in the EU in the second quarter of 2020, after -3.1% and -2.5% respectively in the previous quarter. These were also by far the sharpest declines since time series started in 1995", the release said.

US Economy Plunges by Record 32.9% in Q2 Amid Virus Shutdowns

The record collapse comes in the midst of the coronavirus pandemic that forced the EU nations to essentially shut down their respective economies this spring by imposing lockdowns. Since May, the bloc has gradually started to re-emerge from these COVID-related restrictions. However, a recent uptick in new cases has forced several nations to reimpose some limitations amid fears of a second wave of the pandemic.