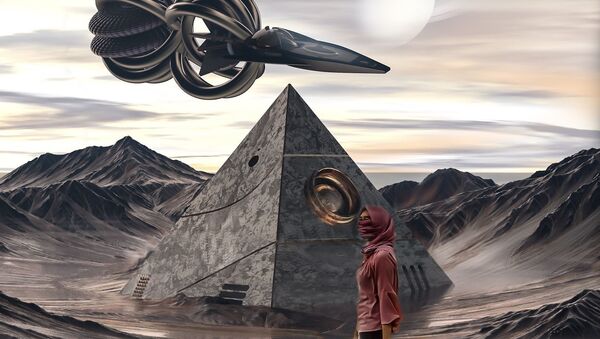 CC0 / /
Subscribe
International
India
Africa
The would-be space colonist is at it again, this time with an outlandish but seemingly tongue-in-cheek theory that the pyramids were crafted by extraterrestrials.

Elon Musk took to Twitter on Thursday night to share some historical knowledge that few dare to talk about.

“Aliens built the pyramids [obviously],” the Tesla and SpaceX founder wrote, hinting that Pharaoh Ramses II was probably out of this world too.

​And while some users appeared to take Elon’s joke at face value (there’s no evidence whatsoever of otherworldly involvement in pyramid construction), others were more sceptic.

“I say dinosaurs built the pyramids,” one commenter joked.

Another inquired, “Are aliens paying your prenup?” alluding to Musk’s recent awkward online exchange with his wife over the use of pronouns.

My theory is that Elon is an extraterrestrial,” went another theory. “He’s on the alien autism spectrum (still smart for a human) so they exiled him and he’s just thriving now.”

The tech mogul has got in trouble for off-handed tweets in the past: his comments about taking Tesla private cost him $40 million and the post of the company’s chairman, and his derogatory remarks about a Thai cave diver triggered a defamation lawsuit.

Elon Musk this week also got engaged in a spat with Bill Gates over the coronavirus pandemic. The billionaire entrepreneur has been outspoken about the pandemic, claiming that false positive tests exaggerate the severity of the situation and that lockdowns are not necessary.

Bill Gates, who has committed hundreds of millions of dollars to developing a vaccine against the virus, called Musk’s rants “outrageous” and suggested that he better stick to topics he knows best.

​Musk responded in his signature buffoonery style, tweeting: “The rumor that Bill Gates & I are lovers is completely untrue.”