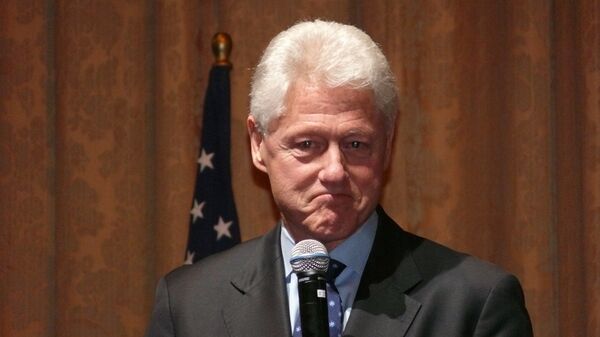 While Epstein's accuser did confirm that he boasted about Clinton allegedly owing him favors, she noted that she couldn't tell if Epstein was serious when making this claim.

A recently disclosed trove of court documents from a 2015 civil defamation suit against Ghislaine Maxwell, former associate of the late financier and convicted sex offender Jeffrey Epstein, appears to shed some light on some of the visitors to the private island in the Caribbean owned by Epstein.

As Fox News points out, the documents were unsealed on 30 July, despite Maxwell's lawyers attempting to stop the release via an emergency motion, claiming that said documents could "inappropriately influence potential witnesses or alleged victims".

​She confirmed that Epstein did boast about Clinton owing him favors, though she did add that she couldn't tell if Epstein was serious when making this claim, noting that he "would laugh it off".

Six references to Bill Clinton in Virginia Roberts' chat with her lawyers on April 7, 2011:

"Yes. I do. It was a laugh though. He would laugh it off... I didn't know if he was serious. It was just a joke." pic.twitter.com/InugMgHOz5

​Giuffre also claimed that Maxwell had sex with underage girls "virtually every day" while on Epstein's island.

The Giuffre v. Maxwell defamation suit was settled for an undisclosed sum in Giuffre’s favour in 2017.

Ghislaine Maxwell was arrested on 2 July in New Hampshire on six counts related to enticement of minors, sex trafficking, and perjury.

Facing up to 35 years in prison if convicted, she is currently being held in a federal jail in Brooklyn while awaiting trial; she has pleaded not guilty.