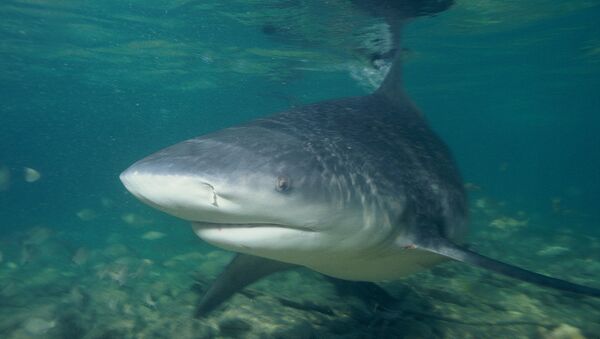 A college student has captured a huge, almost 400-pound (180 kg) shark off the coast of a Long Island beach.

According to the New York Post, New York resident TJ Minutillo used a sea robin to attract a bull shark at Nickerson Beach.

After he had caught the shark he quickly released it, as big-game fishing was a hobby for him.

When me @shefcik and @tombutcher1 showed up to the beach yesterday, this isn’t what we were expecting... #longisland #bullshark

“I’ve always been fascinated by the ocean in general so I think it’s really cool to see them around,” he said about the great white shark as quoted by the New York Post.

“Most of the time they’re harmless,” he added. “But freak things happen sometimes.”

On 28 July a 63-year-old woman died from a white shark bite near the resort town of Harpswell in Maine. This was the first fatal shark attack in state history, and the second that a shark had ever attacked.