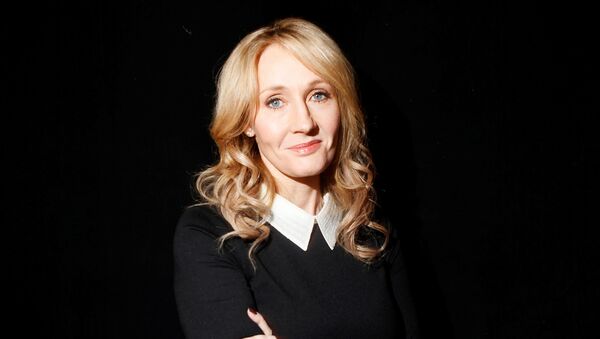 Harry Potter author, JK Rowling has been widely criticised recently over comments she made online that many have described as transphobic and offensive. Several actors who starred in adaptations of her novels including Daniel Radcliffe, Emma Watson and Eddie Redmayne have spoken out against her.

A billboard which reads “I love JK Rowling” at Edinburgh’s Waverley train station has been removed by Network Rail for being too “political.”

The poster was designed and installed by Kelly-Jay Keen-Minshull, a campaigner against reform of gender recognition laws and free speech warrior, who often uses the pseudonym Posie Parker.

​It was erected on 27 July to celebrate JK Rowling’s upcoming 55th birthday on 31 July and women had been invited to take photographs with the poster to wish the Harry Potter author a Happy Birthday.

However Network Rail said that “the poster in question is against our code of acceptance for advertising in our stations owing to its political nature.”

This advert is no longer displayed at Edinburgh Waverley. The poster in question is against our code of acceptance for advertising in our stations owing to its political nature. We do not allow advertising that is likely to support or promote one viewpoint over another.

​JK Rowling has recently come under fire for posting comments on Twitter that many described as transphobic. The author retweeted an opinion piece about menstruation with a comment suggesting that only women menstruate.

​The author was heavily criticised online as people pointed out that trans men also menstruate. She went on to then write an essay on her website outlining her views on sex and gender issues.

At the time the poster was unveiled Keen-Minshull said, "It's important to bolster women in the public eye who speak up for women and girls.

"JK Rowling has shown incredible compassion and concern for women and girls, who are the ultimate victims of this culture war.

"A war that seeks to eradicate the rights and language of women.Women will not buckle under this threat which is reliant on intimidation and silencing us. Women will be standing firm and reclaiming the public square, one corner at a time. Happy Birthday JK Rowling."