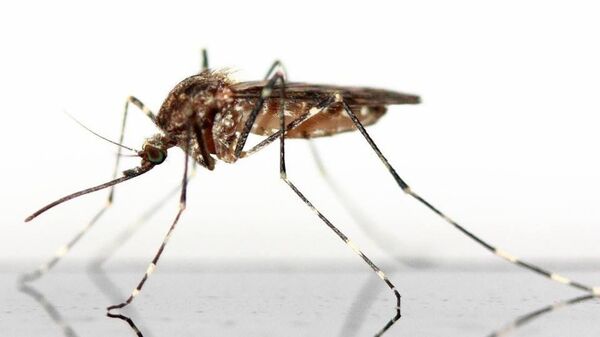 Florida health officials reported their second confirmed case of the West Nile virus in late May and the region has reported several other cases throughout the summer. It is estimated that around 80 percent of those who become infected with the virus, which is spread through infected mosquito bites, experience no symptoms.

The first “probable human case” of the West Nile virus in Austin, Texas, since 2018, has been reported by local health officials.

Last week the Texas Department of State Health Services announced the first human case of the virus in an adult resident of Tarrant County.

The West Nile virus is spread through the bite of infected mosquitos and is the most common mosquito-borne disease in the United States.

The year’s first probable human case of West Nile Virus disease has been reported in Travis County. West Nile Virus is typically spread to people by the bite of an infected mosquito.

Those over 50 years old are at higher risk of having severe symptoms, such as stiffness, disorientation, coma, tremors, vision loss, and paralysis.

“The first probable human case of West Nile Virus disease serves as a reminder to take precautions to prevent the breeding of mosquitoes, which can then bite and infect people in our community,” said Janet Pichette, Austin Public Health (APH) Chief Epidemiologist.

“Like many other diseases, we have the power to prevent West Nile Virus by draining standing water, limiting time spent outdoors, and wearing appropriate clothing and DEET when outdoors.”

In the last 10 years, there have been over 3,300 cases of the West Nile virus reported in Texas, with 172 cases resulting in death.