First Dog to Test Positive for COVID-19 in US Dies 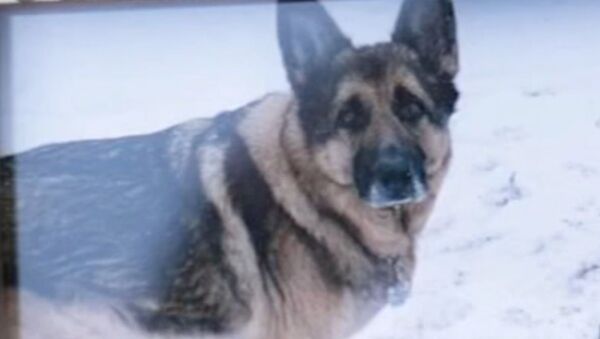 Nat Geo’s Wednesday article revealed that the Mahoney family first realized Buddy was having health issues in mid-April, when they noticed he was struggling to breathe and developing a thick mucus in his nose.

At the time, Robert Mahoney, Buddy’s owner, had been struggling with COVID-19 himself for three weeks before he received a positive diagnosis on April 12. While trying to get through the weak state that the novel coronavirus had left him in, Robert, after taking notice of Buddy’s troubles, was the first in the family to think the beloved pet was fighting a very similar battle.

“Without a shadow of a doubt, I thought [Buddy] was positive [for COVID-19],” Robert told the outlet.

For a period of time, the family struggled to find a health professional willing to examine Buddy and have him tested for the virus, largely because Buddy’s local vet was not seeing patients and another local clinic was not willing to have Robert enter their establishment while he was positive for COVID-19.

The second clinic, which was willing to prescribe Buddy some antibiotics over the phone, did not have COVID-19 testing kits in stock. And yet, despite Buddy being administered the antibiotics, his health continued to worsen as he kept having difficulty breathing and soon experienced a loss of appetite.

From April 21 to May 15, the Mahoney family took Buddy to three different veterinarians on Staten Island, none of whom believed the pup was dealing with COVID-19. Through various X-rays and ultrasounds, the vets later determined that Buddy had an enlarged spleen and liver in addition to a heart murmur.

However, it wasn’t until the 24th day of going back and forth between veterinarians that Buddy, who was becoming much more lethargic as he continued to lose weight, was finally tested for COVID-19. A few days later, test results revealed Buddy was positive for the novel coronavirus.

The family was subsequently ordered to bring Buddy back into the vet’s office to confirm the results, as well as their second German shepherd, Duke, to see if he’d contracted the virus. Buddy’s second test came back negative, and Duke only tested positive for antibodies, which would suggest he contracted the virus earlier on.

New first surfaced regarding Buddy on June 2, when the US Department of Agriculture issued a news release revealing that a German shepherd within the Empire State had tested positive for COVID-19. Additionally, the notice indicated that Buddy was “expected to make a full recovery.”

Buddy did not make a full recovery. Allison Mahoney, Robert’s wife, found Buddy on the morning of July 11 vomiting blood.

“It looked like it was his insides coming out. He had it all over. It was coming from his nose and mouth,” she recalled to Nat Geo. “We knew there was nothing that could be done for him from there. What are you going to do for a dog with this? But he had the will to live. He didn’t want to go.”

After transporting Buddy to the vet, Allison and Robert ultimately made the decision to euthanize him. That same day, the overseeing vet told the Mahoney family that new blood work results indicated that Buddy may have been suffering from lymphoma, which likely explained his persisting symptoms.

The family explained to the outlet that the most frustrating and confusing part of the entire ordeal was that no one really seemed interested in investigating Buddy’s death or looking into how COVID-19 may have affected his health.

Although Robert had reached out to the New York City Department of Health to see whether they wanted to take the dog’s body for follow-up research, by the time they responded, it was too late. At that point, Buddy had already been cremated.

At present, 24 animals in the US have been recorded as testing positive for COVID-19, according to the US Department of Agriculture. Much is still unknown about the effects that the novel coronavirus has on animals, and whether animals with pre-existing conditions are more vulnerable to the illness.