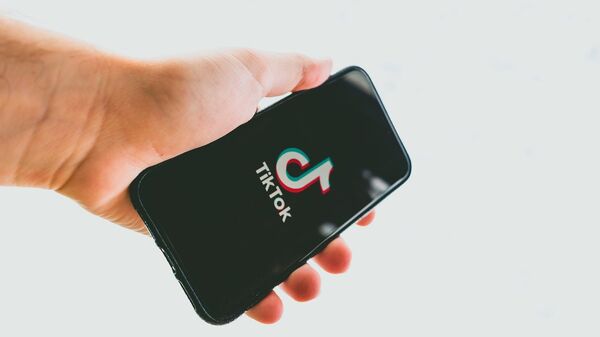 Tim Korso
All materials
As was the case with the 2016 vote, the issue of alleged attempts by foreign actors to influence the 2020 presidential election is one of the dominant topics in the US media space, although the list of "suspects" has been extended, this year including Iran and China.

A group of Republican senators, which includes Marco Rubio, Tom Cotton, Ted Cruz, Kevin Cramer, Thom Tillis, Rick Scott, and Joni Ernst, has requested that the Trump administration, as well as the FBI, Department of Homeland Security, and the Office of the Director of National Intelligence (ODNI), look into the possibility of Beijing meddling in the 2020 election by means of its alleged control over ByteDance - a Chinese company that owns the highly popular TikTok video platform.

"TikTok has become a popular forum for Americans—particularly younger Americans—to engage in political conversations. I’m greatly concerned that the CCP could use its control over TikTok to distort or manipulate these conversations to sow discord among Americans and to achieve its preferred political outcomes", the request drafted by Tom Cotton in cooperation with his GOP colleagues says.

The letter specifically inquires whether the Chinese Communist Party (CCP) has the ability to use TikTok as a tool for meddling and whether the video platform can be hit with sanctions if it is found to be complicit of engaging in such activities. The request comes hot on the heels of ODNI Director William Evanina saying that China could be among the countries trying to affect the results of the 2020 election.

The initiative to probe and possibly ban TikTok in the US has seemingly found support in the Trump administration, as Treasury Secretary Steven Mnuchin stated earlier today that a national security review of the video platform is close to being complete, adding that it will be presented to the White House this week along with a range of "alternatives". Mnuchin didn't elaborate on what those "alternatives" might be. President Trump, in turn, stated the same day that he would be making a decision on the TikTok issue soon.

A TikTok spokesperson denied all allegations that the company might be involved in Beijing's purported attempts to sway the 2020 US election in an interview with The Hill. The video platform downplayed its importance for political discourse in the US and pointed out that it has taken steps to address allegations of its dependency on the CCP's political decisions by moving its servers with data of Americans to the US.

"TikTok isn't the go-to app to follow political news or candidates [...] Our content and moderation policies are led by our US-based team in California and aren't influenced by any foreign government. We invite lawmakers to visit our virtual Transparency Center where they can see firsthand how we moderate and recommend content", the TikTok spokesperson assured.

While the platform has stayed away from the political advertisements that caused a lot of problems for Facebook in the last presidential election, it has still had an episode that sparked concerns about its neutrality. An incident where a teen's account was allegedly temporarily suspended for criticising the CCP was brought up by the GOP lawmakers in their letter.

TikTok, however, believes that the current campaign by the American government against the popular app is not about concerns for a clean election, but rather about the platform's rivalry with Facebook and its product Instagram. TikTok accused the latter of copycatting some of its features, but said that it can tolerate such acts of "competition", but will not stand for Facebook's "maligning attacks" aimed at driving TikTok out of the country under the pretext of "patriotism".