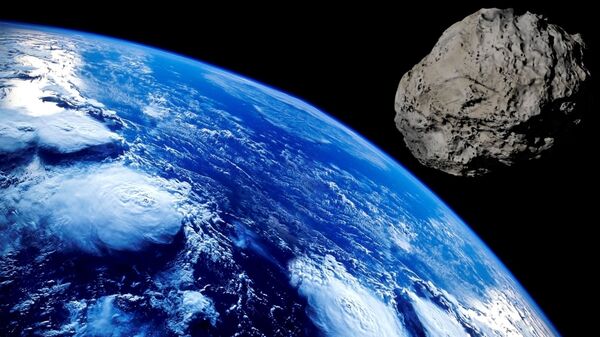 CC0 / /
Subscribe
International
India
Africa
A pair of teenage schoolgirls from western India made quite the discovery recently when a joint project led to the shocking find of a previously unidentified Earth-bound asteroid orbiting near Mars.

Vaidehi Vekariya and Radhika Lakhani, both enrolled in 10th grade at the P.P. Savani Chaitanya Vidya Sankul school in the Indian state of Gujarat, initially made the discovery in June; however, it wasn’t until July 25 that private institute SPACE India announced the development.

At the time, the two teens were working on an asteroid search campaign that was being conducted by SPACE India and the International Astronomical Search Collaboration (IASC), a NASA-affiliated scientist group.

The duo managed to pinpoint the asteroid after using specialized software to review images snapped by the Pan-STARRS telescope in Hawaii. The find was later confirmed by J. Patrick Miller, the director of the IASC.

Since the discovery, the asteroid has been given the name HLV2514, its unofficial designation until NASA confirms its orbit and gives the go-ahead on choosing an official name for the roaming space rock, which is currently near the orbit of the red planet.

Vekariya, who hopes to become an astronaut, told Reuters in a statement that she looks “forward to ... when we will get a chance to name the asteroid.”

Fellow project partner Lakhani told the outlet that she was working hard on her education. “I don’t even have a TV at home, so that I can concentrate on my studies,” she said.

It’s presently unclear when the US space agency will provide clearance for the asteroid’s naming.

SPACE India has stated that HLV2514 isn’t expected to reach Earth anytime soon - not for another million years, at least. And even when it does inch nearer to Earth’s orbit, it still won’t be that close, according to officials who say that the asteroid’s anticipated trajectory would place it  further away from Earth than the moon.

The asteroid find marks the first time in four years that a near-Earth observation has been made in India, according to SPACE India.