Pentagon: US Troops From Germany to Be Repositioned Closer to Russia's Borders 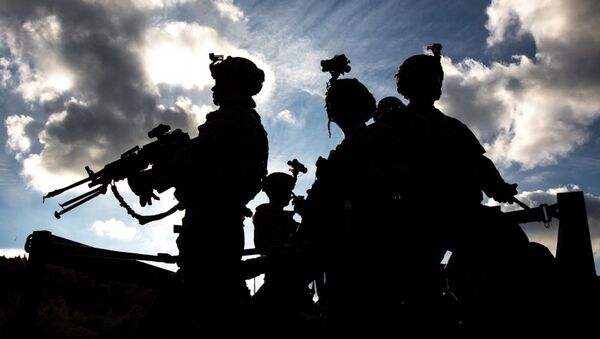 Oleg Burunov
All materialsWrite to the author
In mid-June, US President Donald Trump announced Washington’s readiness to withdraw about 9,500 American soldiers from Germany after accusing Berlin of being delinquent in its defence spending.

The United States plans to withdraw 12,000 military personnel from Germany and deploy them to other locations, Secretary of Defence Mark Esper told reporters on Wednesday.

According to him, the US troops would begin leaving Germany in just a few weeks and would then be repositioned to Belgium and Italy amid the Pentagon's plans to deploy some of them closer to Russia's borders.

Esper stressed that a key aim of the withdrawal is to reinforce NATO's south-eastern flank near the Black Sea.

He added that some forces could be sent to Poland and the Baltic States "as soon as" Warsaw agrees to sign a defence cooperation deal that is already in place. 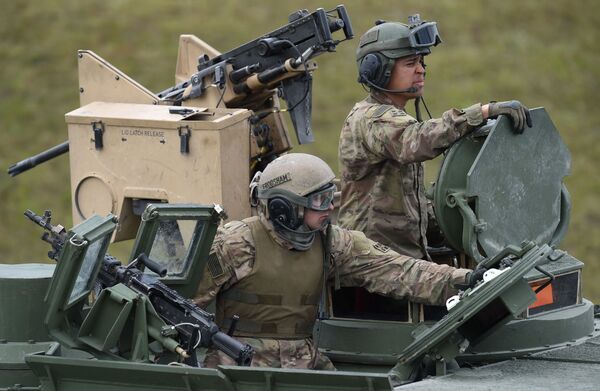 In all, 5,600 US troops will be repositioned from Germany to other NATO countries, while 6,400 more are expected to be sent home.

The statement followed German Defence Minister Annegret Kramp-Karrenbauer saying earlier this month that Berlin regrets Washington’s decision to pull out US troops from Germany, but believes that redeploying them within Europe would show the White House’s commitment to the transatlantic partnership.

NATO Military Spending Approved: US to Pay Less, Germany to Pay More - Stoltenberg
On 15 June, US President Donald Trump announced his intent to slash US troops garrisoned in Germany by nearly 10,000 until the European nation pays its "delinquent” NATO support bill.

Each NATO nation is expected, but not required, to spend at least 2% of its gross domestic product (GDP) on defence; Germany dedicated 1.4% of its GDP to military matters last year.

At present, 34,500 US troops are stationed in Germany, along with 17,000 US civilians and 12,000 German citizens who work at the military bases in the country.

Russia-NATO Ties May Worsen After US' Troop Pull-out From Germany, Moscow Says

Earlier, in June, Russian Foreign Ministry spokeswoman Maria Zakharova warned that the already tense ties between Moscow and NATO might become even worse if the US withdraws its troops from Germany to Poland.

"Changes made to the structure of the American military presence in Europe in order to move it closer to the Russian borders will not only worsen the already tense situation in the sphere of global security on the continent, but will also hamper attempts to restart a constructive dialogue between Russia and NATO", Maria Zakharova stressed.

She added that while redeploying, the US military should also bring its tactical nuclear weapons that are purportedly deployed in Germany with it. Zakharova expressed concern over the US practice of conducting drills with the use of such weapons with non-nuclear NATO allies, something that she said violates Nuclear Non-Proliferation Treaty provisions.