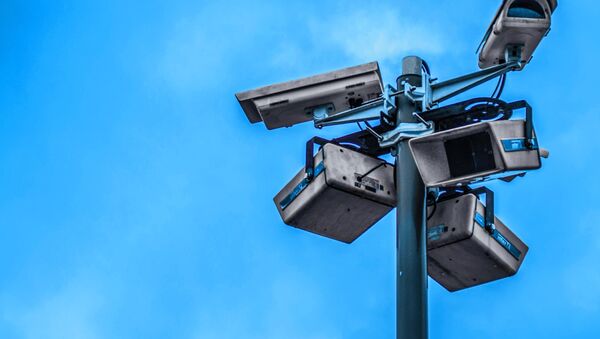 Oleg Burunov
All materialsWrite to the author
Last week, the UK’s Conservative chairman of the foreign affairs select committee Tom Tugendhat called the Five Eyes “the core of our intelligence and defence architecture”, urging London to “look at partners we can trust” to broaden the alliance.

The Guardian has cited unnamed right-wing British MPs as saying that Japan may become a member of the Five Eyes (FVEY) intelligence alliance of Australia, the US, the UK, Canada, and New Zealand, in a move aimed at countering China.

The sources argued that the plan, due to be announced in the immediate future, also stipulates FVEY being broadened into a strategic economic bloc which will help its members reduce dependency on China’s rare earth minerals.

Rare earths represent a critical component for the manufacture and development of high-tech products such as smartphones and electric vehicles. China remains the leading supplier of these minerals and accounts for about 90% of global production, while owning 40% of international resources of rare earths.

Against the Odds: China Expanded Quotas For Rare-Earth Metals
The Guardian reported in this context that expanding FVEY reflects “a growing interest among conservative democratic [UK] lawmakers to form a cohesive political and economic alliance to compete with China”.

The report followed chairman of the foreign affairs select committee Tom Tugendhat describing Five Eyes as “the core of our intelligence and defence architecture for decades” and adding that the UK should “look at partners we can trust to deepen our alliances”.

“Japan is an important strategic partner for many reasons and we should be looking at every opportunity to cooperate more closely”, Tugendhat pointed out.

He was echoed by Japanese Defence Minister Taro Kono who told a China Research Group seminar last week that Tokyo would welcome an invitation to join FVEY. He also urged the alliance to closely monitor China’s economic growth, adding that “tech-partnerships with countries like the UK will be critical to countering” Beijing.

Andrew Hastie, chair of the Australian parliament’s joint committee on intelligence, for his part, hailed the idea of a FVEY “free trading bloc” which he said “will give the basis for an understanding where we can mitigate one another’s weakness” after “we review our supply chains and establish vulnerabilities”.

FVEY was established in 1941 after the American and British intelligence communities agreed to cooperate a year before. After the end of World War II, the alliance mainly dealt with matters pertaining to then-the Soviet Union, China, and members of the Warsaw Pact.

Under the Five Eyes framework intelligence data was shared during the war in Vietnam, the Falklands War, the Gulf War, and the military operation in Libya. After the 9/11 terrorist attacks, the organisation focused on global surveillance and countering international terrorism.