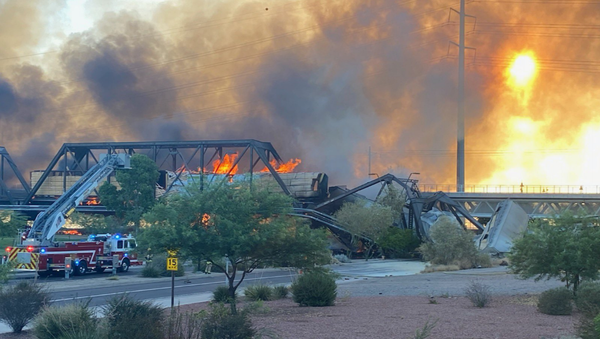 A freight train has derailed while going over a bridge spanning across a lake in a suburb in Phoenix, Arizona, setting the bridge on fire and partially collapsing the structure, according to local authorities.

A live broadcast shows the aftermath of a train derailment at a rail bridge over Tempe Town Lake, Arizona, where firefighters have been struggling to put out the flames.

According to Tempe Police Chief Sylvia Moir, there were no immediate reports of casualties from the fire, while the cause of the blaze has still not been identified.

Following the accident, Loop 202, a major thoroughfare in the metropolitan Phoenix area, has been closed in both directions near the fire, the Arizona Department of Transportation said.