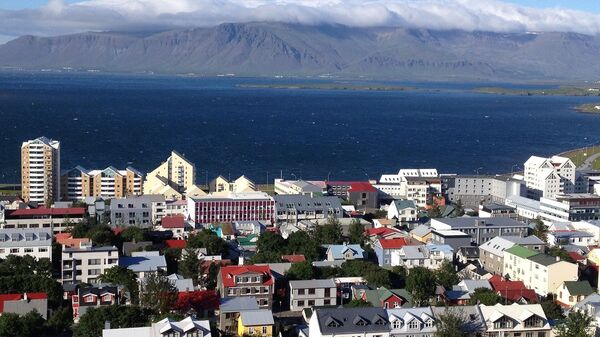 US Ambassador to Iceland Jeffrey Ross Gunter has been accused of misrepresenting his country and offending the host nation by demanding permission to carry a gun, as well as using inflammatory rhetoric by calling COVID-19 the "invisible Chinese virus".

A petition to relieve US Ambassador to Iceland Jeffrey Ross Gunter of his duties has been placed on the White House site.

In the petition, Gunter is accused of "misrepresenting" the people of the US in Iceland, as well as mismanaging consular services and offending Iceland, an "invaluable US ally".

One of the reasons for their discontent is that Gunter, despite being assigned to a country that has consistently ranked as the most peaceful in the world, wanted the State Department to obtain a special permission to carry a gun. CBS described Gunter as "paranoid" about his security since coming to the Icelandic capital of Reykjavik and reported that he also sought door-to-door armoured car service, as well as a stab-proof vest. At the same time, the US Embassy in Iceland placed a job listing in Icelandic newspapers looking for local bodyguards in what US government officials described as a bid to "placate Gunter's irrational concerns".

While the Icelandic Foreign Ministry declined to say whether official permission to carry a gun was sought, local sources in Reykjavik said the request was never made, and three diplomatic sources told CBS that Gunter was eventually talked out of it because it would be perceived as an insult to the host nation.

Nevertheless, the petition said Gunter's unfounded fears of physical harm in a nation with some of the world's lowest violent crime rates represent conduct unbefitting a US diplomat.

Furthermore, CBS reported, citing current and former diplomats with insight into the situation, that Gunter since his nomination in May 2019 has created an increasingly "untenable" working environment by "flying into a rage" and changing deputy chiefs of mission at will. Gunter reportedly left the embassy in the hands of his subordinates for months on end, while he himself remained in the US. CBS sources alleged Gunter wanted to continue working remotely from California until he was "expressly ordered to do so by Secretary of State Mike Pompeo".

Gunter also triggered many Icelanders and fellow Americans living in the US by retweeting US President Donald Trump who called the novel coronavirus "the Invisible China Virus". The term is not used by medical professionals or the press and is considered racist by many.

We are United to defeat the Invisible China Virus! 🇺🇸🇮🇸 https://t.co/7X1k5S7dNb

​To this, many, including Icelandic MP Smari McCarthy replied that viruses don't have nationalities and urged the ambassador to refrain from using nationalistic rhetoric.

Ambassador, the virus is called SARS-CoV-2. Viruses do not have nationalities. Nor are they invisible, merely microscopic. We're all in this pandemic together, but spreading nationalistic rhetoric doesn't help anybody. Please don't associate Iceland with such nonsense. Thanks.

The US was the first country to recognise Iceland’s independence in 1944 following Danish rule. Iceland is a founding member of NATO, but has no standing military of its own. A US-Icelandic bilateral defence agreement signed in 1951 remains in force, however US military forces are no longer permanently stationed in Iceland.