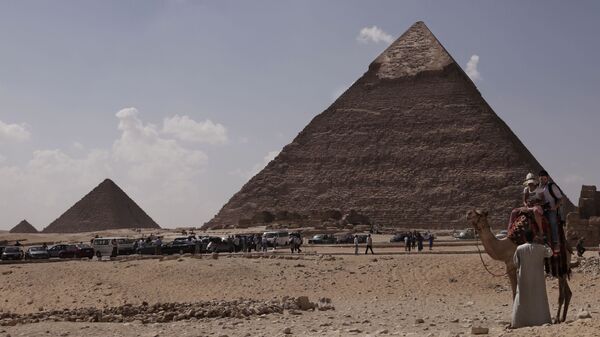 She is one of the most recognised historical figures and has inspired poets, artists, and architects around the world. She enchanted Julius Caesar and Mark Antony, and under her rule Egypt prospered. Yet despite her importance, her final resting place is still unknown.

For the past 15 years, Kathleen Martinez and her team have been excavating a site in the Egyptian city of Taposiris Magna (translated as "the tomb of Osiris", the god of fertility and afterlife in ancient Egyptian religion) in search for the tomb of Cleopatra, and recent media reports suggest that they are close to succeeding.

Cleopatra belonged to the Ptolemaic dynasty, which ruled Egypt for 275 years from 305 to 30 BC. Martinez and her expedition argue that the presence of a temple of Isis (a goddess in ancient Egyptian religion) dating back to the Ptolemaic period, as well as coins with Cleopatra’s portrait, indicate that the famous Egyptian ruler could have been buried there. Another finding that strengthens Martinez’s hypothesis is the fact that her team discovered a mummy covered with a golden leaf while excavating a necropolis.

However, historians and archaeologists believe that Cleopatra, who poisoned herself (some claim she did so by having a venomous snake bite her) after forces of Roman Emperor Octavian defeated the Egyptians, was not buried in Taposiris Magna.

"There is no evidence at all that Cleopatra's tomb could be [there]", Zahi Hawass, a former Egyptian minister of state for antiquities, who worked with Kathleen Martinez for more than 10 years, told Live Science. "I believe now that Cleopatra was buried in her tomb that she built next to her palace and it is under the water”.

According to Hawass, Cleopatra’s tomb may never be found, a view shared by other historians. Cleopatra’s palace was located in the Egyptian city Alexandria. Historians say that over the past two thousand years, parts of the palace became submerged under water due to coastal erosion.

"It would be remarkable if it could have survived the millennia of culture change and natural ruin. Even if untouched by human hands, earthquakes and seawater would have buried or submerged it. Her palace is certainly under water. Maybe her mausoleum, too", Robert Gurval, an emeritus professor of Classics at UCLA, who has researched Cleopatra extensively, told Live Science.