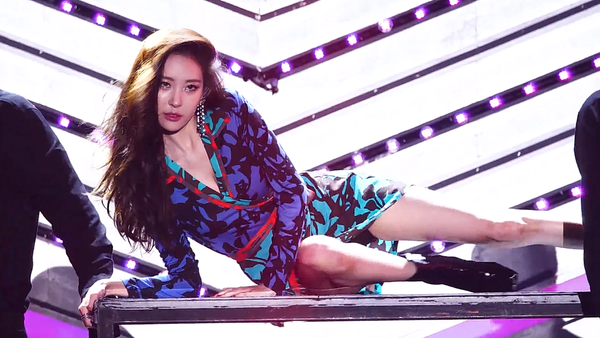 New Delhi (Sputnik): Indian Punjabi pop singer Daler Mehndi’s Tunak Tunak Tun is one the biggest Indi-pop hits of all time. The foot-tapping track is a hit among international fandom, with parody videos having made a comeback on the Internet since its release in 1998.

South Korean singer Lee Sun-mi, also known as Sunmi, has apologised via her Twitter handle after she was slammed on social media for mocking Indian classical dance in a viral TikTok video.

In the spoof clip, the K-pop star was seen dancing with two others to the Indi-pop song Tunak Tunak Tun. Twitter users accused her of ridiculing the "traditional dance" the traditional Indian dance form by attempting to copy the dance moves in a comical way.

The singer said she had no intention to mock the culture of other countries and apologised for being ignorant about India's.

While a section of Twitter users slammed the K-pop star, others sided with the singer and said there was nothing derogatory in the clip.

For those of you wondering what happened with Sunmi:
Please respect the opinions of your Indian mutuals and try to support them in this. So many Kpop idols are culturally insensitive and refuse to learn about different cultures even though they have access to the internet. pic.twitter.com/4n7GqW8bKZ

Its a folk song and nothing wrong in making videos on it. The head movement too is fine... but the dance of the woman standing behind is a bit mockery to any song of any country. May b she was over excited.. but apologised , its over. Love Korea❤ from India🇮🇳.

​Others were confused about what was offensive and stated that they were just having fun.

as an indian myself,, yes it does come across as offensive but i do understand that sunmi didn't really know what she was doing and really admire the fact that now that its been pointed out, she's willing to admit her mistake and apologise for it !! https://t.co/WbxTH8Z0fT

Earlier, a video of the K-pop phenomenon BTS dancing to one of Bollywood’s most iconic songs, Chunari Chunari, went viral on social media.​ The video of group members dancing to the Bollywood tunes was synced with the fabricated clip.