Is it a Kind of Sacrilege? Queen Jokes About Empty Teacup in Her New Portrait 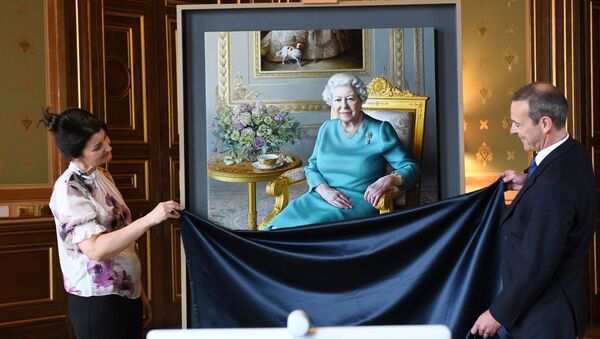 The painting of the Queen is set to be displayed in the refurbished reception of the new Foreign, Commonwealth and Development Office in London.

The Queen has joked about an empty teacup in a new portrait of her that was painted by Miriam Escofet, the winner of the 2018 BP Portrait Award and commissioned by the Foreign and Commonwealth Office earlier this week.

During the unveiling ceremony that was organised online for the first time ever, the painter told the Queen that she had included a hidden symbol in the painting - the insignia of the FCO - painted on to a teacup.

"When I explained certain elements of the painting, the teacup, she made some amusing comments. She said 'but there's no tea in the cup", Miriam Escofet said.

Ms Escofet had two sittings with the Queen - during the first one she photographed the monarch and during the second, she focused on her facial expressions.

The painting took seven months to complete, with the final stages finished during the lockdown.