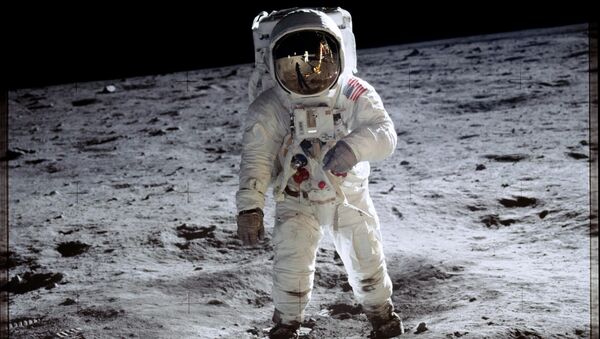 © NASA
Subscribe
International
India
Africa
Andrei Dergalin
All materialsWrite to the author
The prospective reactor must be able to generate an uninterrupted electricity output of at least 10 kilowatts.

The US Department of Energy has recently put out a request to the private sector to construct nuclear power plants capable of operating beyond the boundaries of our planet.

According to a news release by the Idaho National Laboratory (INL), the request for information is aimed at securing “partnership on technologies and approaches to test and validate” the fission surface power systems that could be deployed on the moon and during the missions to Mars.

"Idaho National Laboratory has a central role in emphasizing the United States’ global leadership in nuclear innovation, with the anticipated demonstration of advanced reactors on the INL Site," said Dr. John Wagner, associate laboratory director of INL’s Nuclear Science & Technology Directorate. "The prospect of deploying an advanced reactor to the lunar surface is as exciting as it is challenging, and partnering with the most forward-thinking companies in the private sector and national laboratory system will help us get there."

BREAKING: @ENERGY is seeking feedback from industry partners to help @NASA develop a nuclear reactor that can be used on the moon. 🌑

​The plan is divided into two phases, with the first being developing the reactor design. The second phase involves building a test reactor and a reactor to be to the moon, as well as developing a flight system and a lander to deliver the latter reactor to its destination.

The Energy Department revealed that the reactor is expected to facilitate exploration in the south polar region of the moon, though the exact area of Martian soil to be explored is apparently yet to be identified.