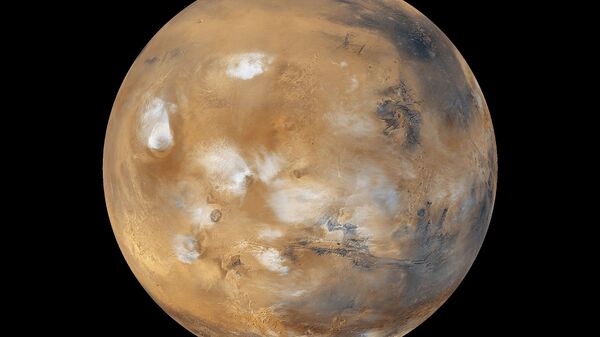 Andrei Dergalin
All materialsWrite to the author
The scientists postulate that a radiation shield comprised of a layer of the fungus they've studied could effectively negate “the annual dose-equivalent of the radiation environment” on the surface of the Red Planet.

While harmful cosmic radiation presents a significant challenge to mankind's deep-space ventures, it seems that a certain organism found at the site of one of the greatest nuclear disasters in human history might help protect astronauts, New Scientist reports citing a new study conducted by scientists in the United States.

According to the media outlet, the study proposes using radiation shields made of a fungus that was discovered growing at the Chernobyl Nuclear Power Plant in 1991, and which apparently exhibits an ability to block and absorb cosmic rays.

"What makes the fungus great is that you only need a few grams to start out," said Nils Averesch, Stanford researcher and study co-author. "It self-replicates and self-heals, so even if there’s a solar flare that damages the radiation shield significantly, it will be able to grow back in a few days."

The researchers further postulate that a layer of the fungus approximately 21 centimeter thick could "largely negate the annual dose-equivalent of the radiation environment on the surface of Mars", adding that only a 9 centimeter thick layer would be required "with an equimolar mixture of melanin and Martian regolith".

Previously, Dr. Kasthuri Venkateswaran, Senior Research Scientist at NASA’s Jet Propulsion Laboratory who also conducted experiments on the fungus, proposed that the organism's radiation-absorbing power could be extracted and synthesized in drug form.