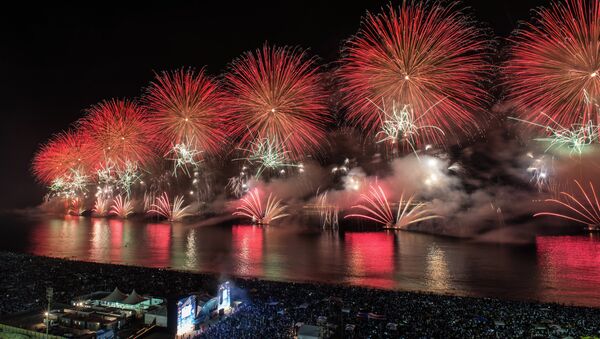 "With regard to New Year’s Eve, the traditional model that we know and have practiced for years, as well as the carnival, would be impossible during the pandemic without a vaccine", RioTur, a municipal travel agency, was quoted as saying by the UOL news website.

The company will consider alternatives to mass gathering and present them to Rio Mayor Marcelo Crivella. The options on the table include organizing smaller-scale celebrations across the city and broadcasting events, such as the traditional fireworks display.

On 22 July, the country's President Jair Bolsonaro tested positive for the novel coronavirus for the third time while remaining quarantined in his official residence under medical surveillance.

Brazil is now the world's second-worst affected country after the United States, with almost 2,3 million confirmed coronavirus cases and over 84,000 related deaths, according to the latest data by the World Health Organization.