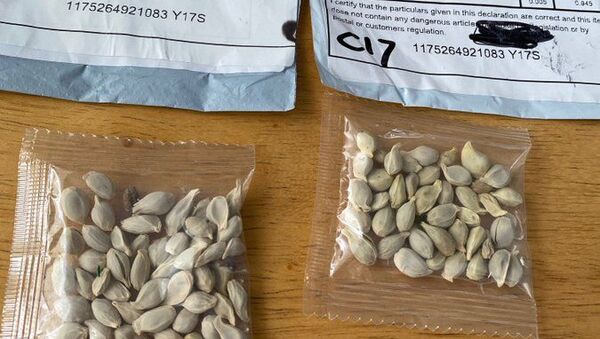 Ilya Tsukanov
All materialsWrite to the author
On Wednesday, the Utah Department of Agriculture announced that it would be starting a probe after dozens of residents of the state received mysterious packages from China containing unidentified seeds. Since then, residents of at least six other states have reported similar deliveries.

Residents of Virginia, Washington State, Arizona, Indiana, Louisiana and Texas have reported receiving small packages of mystery seeds from China, with authorities warning people not to plant them and to report the deliveries to the US Department of Agriculture.

The small packages are believed to share one defining characteristic: they are mislabeled as jewelry.

Virginian authorities have warned that the seeds may be an invasive plant species, which they say could wreak havoc on the local environment by displacing or destroying local plant and insect life, as well as crops. The state’s department of agriculture and consumer services has urged anyone who receives the unsolicited seeds to contact the Office of Plant Industry Services.

Washington State’s Department of Agriculture has issued a similar warning, saying that “unsolicited seeds could be invasive, introduce diseases to local plants, or be harmful to livestock.”

Facebook and Twitter users from other states, including Arizona, Texas and Indiana have reported receiving similar packages.

The spate of mystery seed-related reports in the US comes following reports last week about hundreds of gardeners in Britain receiving packages of unsolicited seeds from China, with those packages also mislabeled as jewelry and other items.

Online, the news was met with varying degrees of seriousness, with some users suggesting that this may be an Invasion of the Body Snatchers or Little Shop of Horrors-type scenario, while others seriously asked if their delivery constituted a “strategic biosecurity attack” or a form of “biological warfare” by China against the United States.

They're harmless seed pods now place them under your bed go to sleep in the morning everything will seem like it like it was all just your imagination pic.twitter.com/b8AENtmBv0

But if you do, don't feed it! pic.twitter.com/XW0h9MEzgd

This is concerning, US residents are being sent plant seeds from China, strategic biosecurity attacks? pic.twitter.com/HzRsEgds2K

Someone in #China is sending, unsolicited, seeds to Americans in three states. The seeds are usually mislabeled as jewelry. See: https://t.co/L1kKAApYJC. We have to ask: Is this biological warfare?

Some users suggested the seeds appeared to be morning glory, a pervasive vine plant whose seeds can be toxic if ingested.

A few users said that the deliveries may have been a cybercriminal operation by unsavoury Amazon sellers randomly sending deliveries of small, cheap items and giving themselves positive reviews to build up a reputation to scam customers with big ticket items at a later date.

2/2 Then they send something small and cheap in the actual package so that the tracking appears to Amazon to have been a legit shipment. All the while as far as Amazon knows you got 4 pairs of gold earrings & the sender got great reviews on the quality & shipping of their items.

Plant and insect-based biological warfare is a real phenomenon. During the Cold War, the Soviet Union and other Eastern Bloc states accused the CIA of deliberately introducing the invasive Colorado potato beetle in Eastern Europe in a bid to undermine the region’s food security. North Korea and China similarly claimed that the US engaged in insect-based biological warfare during the Korean War of 1950-1953, although US officials have contested those allegations. The US is also known to have conducted experiments in the air-dropping fleas and mosquitos to determine if they could serve as an effective spreader of disease. The USSR had its own entomological warfare program concentrated around ticks. 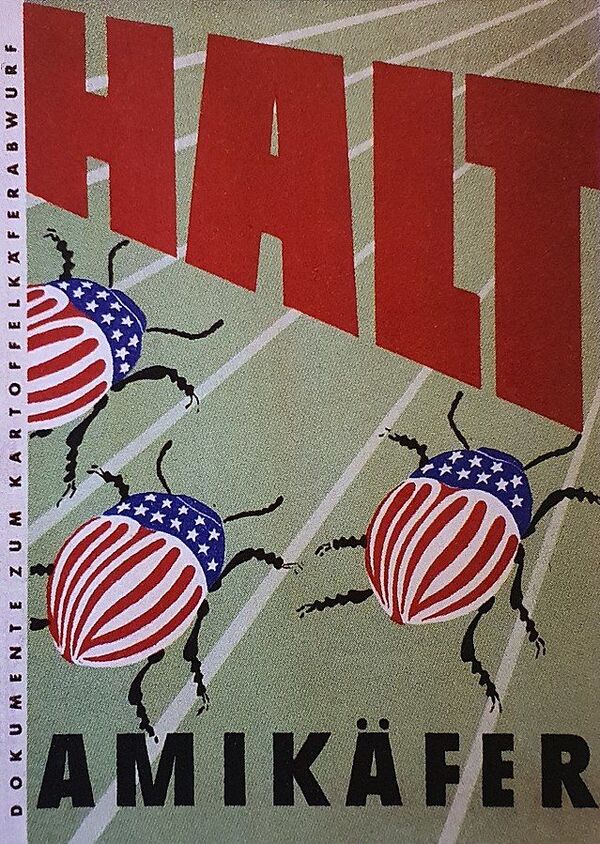