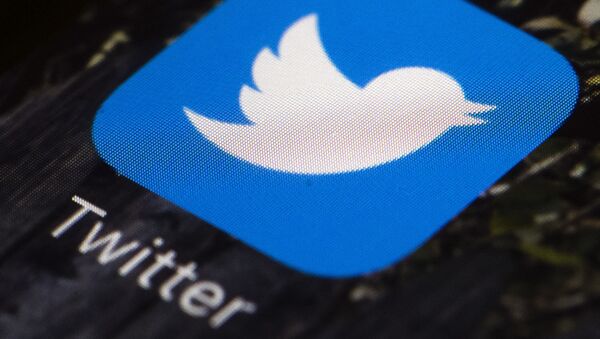 One of the founders of grime music, UK rapper and producer Wiley went on a Twitter rant, posting on his official account throughout the day: the artist then tried to respond to criticisms he received over a series of controversial tweets he wrote about Jewish people and Israel earlier on Friday.

After comparing Jewish people to Ku Klux Klan the singer was accused of being anti-semitic, the rapper defended himself in a series of tweets including one in which he said, "I'm not anti-semitic, I am anti-slippery people."

​The rapper went as far as to blame Jewish people of illegally stealing lands, claiming that bringing it to the public's attention automatically gets people labelled as anti-Semites.

​Wiley also appealed to his origins saying that black people cannot be racist.

Black People can’t be racist they can only be upset about how they have been mistreated.

On Friday morning, Wiley posted a string of statements including: “If you work for a company owned by 2 Jewish men and you challenge the Jewish community in any way of course you will get fired.”

He also drew comparisons between Jewish people and the Klu Klux Klan and wrote, “is it anti-semitic to say Jewish people have power?”

​He also wrote, “Listen to me Jewish community, Israel is not your country, I’m sorry” and “The Star of David, that’s our ting.”

He later backtracked saying, “Forget anti-Semitic racism is racism and ya can’t hide the fact that systematic racism exists and it wasn’t set up by us.”

Among those who condemned Wiley's statements were Jewish comedian David Baddiel and Guardian columnist Owen Jones:

I've said many times that the issue with anti-Jewish racism is the unique duality of being able to cast Jews at once as vermin (later Wiley calls Jews "slippery") and yet in control of the world. So anti-Semitism can seem to be punching up, and wearing the clothes of revolution.

The oldest antisemitic trope is that Jews wield disproportionate unaccountable power and are puppetmasters behind injustices and nefarious politicians. Antisemitism is essentially a collection of historically very deadly conspiracy theories

First Dua Lipa shares a post calling Israelis (50% of the worldwide Jewish pop) ‘fake Jews’ and now Wiley goes on a long continuous angry rant about the Jewish people. Anti-Semitism is the new trend in town for British artists by the looks of things https://t.co/UDhrVKSbJL

Danny Stone, chief executive of the Anti-Semitism Policy Trust said that drawing parallels between Jewish people and the Klu Klux Klan is offensive and the inference is anti-semitic.

Here is Wiley, who earlier tweeted the Jewish community was too 'touchy', positing that being in business gives one insight into why people don't 'challenge' Jews and the KKK. The parallel is offensive & the inference is antisemitic. Jews and money. Dress it up however you like. https://t.co/sKtQYHqaKm

​Wiley who is often labelled as the “Godfather of Grime,” is renowned for his controversial tweets. Earlier this year he got involved in a Twitter feud with fellow rapper Stormzy.