Only in Pakistan! Pre-Holiday Shopping Goes Awry As Goat with Fake Wool Pasted On It is Sold - Video 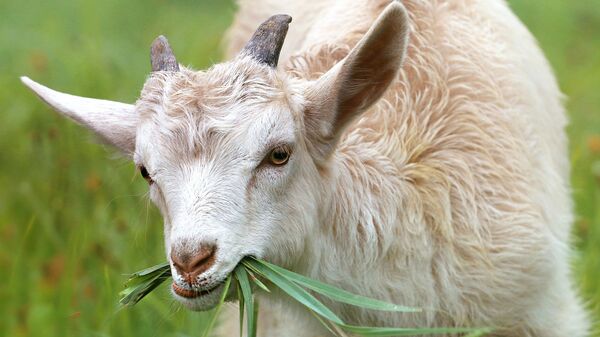 CC0 / Pixabay /
Subscribe
International
India
Africa
New Delhi (Sputnik): With Eid-Al-Adha arriving on 31 July, Muslims in Pakistan have already begun shopping for goats, which are sacrificed for the occasion. However, it's a difficult task for sellers to fool those who do not have much knowledge about the matter.

Twitterati are having a good laugh at a video of a goat with fake wool pasted on it. A man in Punjab was shocked when he found out that the goat sold to him had fake wool. Netizens are pitying the man who bought the goat, but many are applauding the video at the same time.

🚨Fraud Alert 🚨
Beware of such fake animals this Eid 🐑 🤣 😂👇🏼 pic.twitter.com/XEzS3lJWwq

​In a viral video, which has garnered 102,000 views on Twitter, a person is showing how the brown wool on his goat has been pasted on with glue. The person who identified the flaw says that the buyer has been fooled, as they must not be aware of miscreants pulling off such stunts.