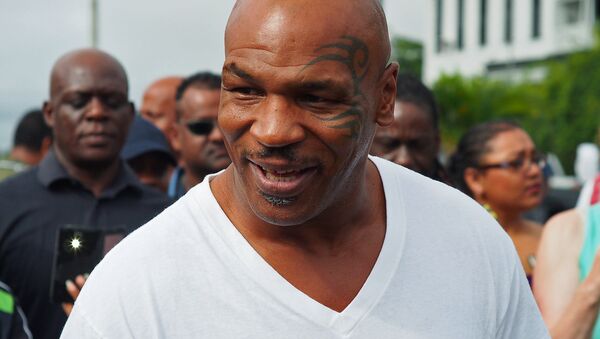 Retired heavyweight champion Mike Tyson will face fellow legend Roy Jones Jr in an eight-round exhibition bout in Los Angeles in September. Tyson, who is now 54, retired 15 years ago, while Jones Jr, 51, retired in 2018. The pair confirmed the fight on a video call.

Tyson, 54, who retired in 2005, will face Jones Jr, 51, on 12 September in Los Angeles in an eight-round exhibition. The fight will be broadcast on a pay-per-view basis.

Tyson started competing as a professional boxer in 1985 and claimed the title of world’s youngest ever heavyweight champion the following year at the age of 20.

Jones Jr, who holds dual American and Russian citizenship, was active in the boxing world from 1989 to 2018.

Tyson took to Twitter to confirm the comeback fight, saying “I. AM. BACK.”

​Jones Jr said, “It’s like David and Goliath,” referring to his physical disadvantage in a promotional video.

One said, “This is simply awesome.”

I don't care that both @MikeTyson and @RealRoyJonesJr are in their early 50's or that its an 8 round exhibition fight, this is simply awesome!

​Another said it made their day.

Today was a very disappointing day, but then I heard about the @MikeTyson vs @RealRoyJonesJr fight!!!

​Other fans said they couldn’t choose their favourite.

I don’t want Mike Tyson to fight Roy Jones I like both of em. like they can’t each have separate bouts 🤦🏾‍♂️🤦🏾‍♂️🤦🏾‍♂️

​While another was inspired by Tyson returning to the ring at his age.

If @MikeTyson is getting back to that ring, then don’t let anyone tell you your age matters.