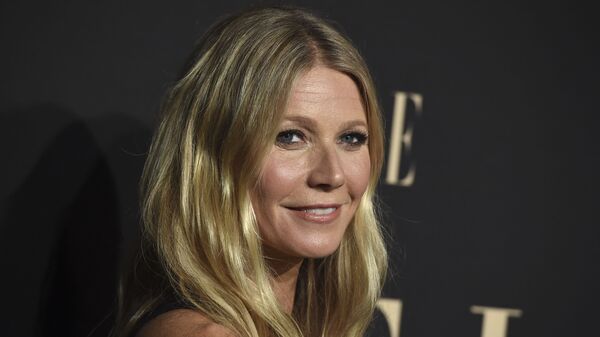 Oscar-winning actress Gwyneth Paltrow opened up about a peculiar detail in relation to her sex education during a recent appearance on the “Literally With Rob Lowe” podcast. Speaking to the “A New Kind of Family” actor and her old friend Rob Lowe, Paltrow revealed that it was actually his wife Sheryl Berkoff, who once coached the actress, 15 or 16 at that time, on how to perform oral sex.

According to the “The Talented Mr. Ripley” star, she met Berkoff around 1988 or 1989, when Lowe’s future wife was working as a make-up artist on the set of a movie starring Paltrow’s mother Blythe Danner.

“I met Sheryl and I was, like, immediately obsessed with her”, Paltrow, 47, told Lowe during the podcast. “First of all, she was dating Keanu Reeves, who was my celebrity crush. And she was so cool. She knew that I was sneaking cigarettes, and she would come smoke with me behind the trailer”.

“And she taught me how to give a blow job, and you know, all the classic Sheryl stuff”, the actress added. “And I just worshipped her. I thought she was literally the coolest chick of all time”.

After Berkoff and Reeves broke up, she began dating Lowe and the two eventually tied the knot in 1991. Paltrow, who is a founder of the lifestyle brand Goop, remained close to her friend’s family.

World
Gwyneth Paltrow's 'Vagina' Candle Slammed as 'Junk' as Goop Employee Touts 'Amazing' Product on GMB
The actress, who is married to Brad Falchuk, was recently criticised by medical experts and advertising watchdogs over some health claims made by Goop in relation to its nutritional supplements and medical products. The adverts for the goods in question said that they could help women balance their hormones, regulate their menstrual cycles and even help to prevent depression. The company eventually had to pay $145,000 in civil penalties.

Meanwhile the Paltrow's “This Smells Like My Vagina” candle remains a highly advertised product on her company’s website, despite also facing a certain amount of scrutiny from critics.