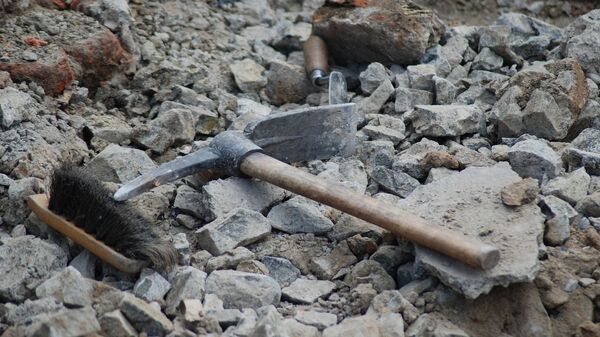 CC0 / /
Subscribe
International
India
Africa
The recent excavation of tools from a cave in central Mexico has reportedly provided scientists with strong evidence suggesting that humans have been living in North America for at least 30,000 years - doubling previous estimates of the human occupation of the continent.

Two new studies published in British weekly scientific journal Nature detailed that artifacts, including some 1,900 stone tools, recovered from a remote cave in Mexico showed human occupation of North America for more than a 20,000 year period.

Archaeologists in one study, published in the journal on July 22, analyzed the stone artifacts found from the high-altitude Chiquihuite Cave site in central-northern Mexico and determined that the dates of human dispersal to the region could be as early as 33,000 to 31,000 years ago.

"Our results provide new evidence for the antiquity of humans in the Americas," Ciprian Ardelean, study lead and archeologist of the Universidad Autonoma de Zacatecas, told AFP in an emailed statement.

According to the researchers in the study, "it is likely that humans used this site on a relatively constant basis, perhaps in recurrent seasonal episodes part of larger migratory cycles.”

The other study, also published in Nature on July 22, analyzed already-published chronometric data from 42 North American and Beringian archaeological sites and, using the Bayesian age modelling approach, determined that humans occupied North America as early as 26,000 years ago.

University of Oxford radiocarbon researchers Lorena Becerra-Valdivia and Thomas Higham noted that this estimate suggested a widespread human occupation of North America “before, during and immediately after the Last Glacial Maximum,” which occurred between 27,000 and 19,000 years ago.

The findings of researchers come at a time when archaeologists widely agree that humans migrating to North America from Asia could not have penetrated massive ice sheets that are believed to have covered much of the modern-day northern US and Canada.

"So if humans were here DURING the Last Glacial Maximum, that's because they had already arrived BEFORE it," Ardelean noted in an email to AFP.

The study concluded “the widespread expansion of humans through North America was a key factor in the extinction of large terrestrial mammals.”

Though just published on Wednesday, the research has already caused quite a stir in the archaeology community. Prior to the publication of both studies, it was widely accepted that humans crossed a land bridge from present-day Russia to Alaska around 13,500 years ago.

University of Arizona archaeologist and anthropologist François Lanoë remarked to Nature that data from caves are “notoriously troublesome” as they may have shifted into different layers of the earth by burrowing animals or other biological - or even geological - activity.

“When I see a claim being made that is so dramatic, then the evidence has to be there to substantiate the claim,” Kurt Rademaker, an archaeologist from Michigan State University in East Lansing, told Nature.

“If an artifact is a stone tool, you see numerous chips removed from the edge,” he argued, noting the images included in Ardelean’s study provide no clear evidence of this.