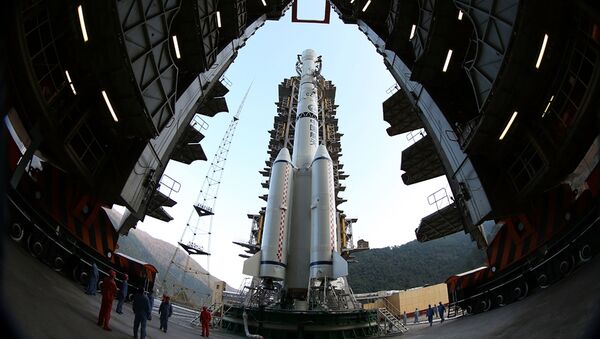 The Long March 5 carrier rocket was launched at 12:41 p.m. local time (04:41GMT) from the Wenchang Space Launch Center on the southern island province of Hainan.

To launch the Mars mission, a modification of the CZ-5 Y4 with a launch mass of about 870 tonnes was used. The total weight of "Tianwen-1" is approximately 5 tonnes, of which the descent module accounts for 1.3 tonnes; the orbital station weighs approximately 3.7 tonnes.

It will take seven months to cover the distance from the Earth to Mars, which ranges from 55 million to 400 million km due to their different orbits. The probe is expected to reach Mars in February 2021, after which it will first enter a highly elliptical orbit with a complete revolution period of about 10 days.