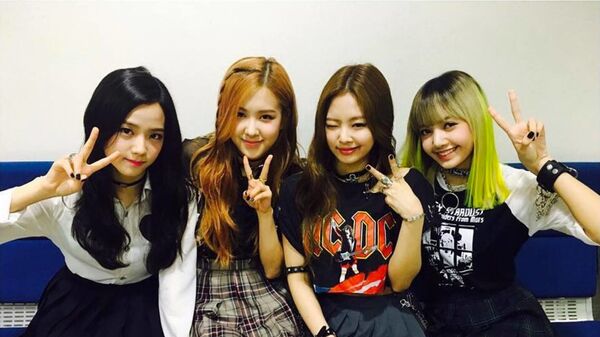 The vintage style sweet poster says the track will feature an artist whose name will remain a secret for now.

YG Entertainment may finally be about to promote their leading girl band, something that BLACKPINK's fans, known as Blinks, have been calling for for quite some time already.

On 23 July, YG shared a poster on its official Twitter account, announcing BLACKPINK's upcoming single in August in collaboration with another artist, whose name has not been revealed yet.

​The expectations for the collaboration are pretty high, as the band has already had wonderful collabs with Lady Gaga “Sour Candy” earlier this May and with Dua Lipa “Kiss and Make Up” in 2018.

Meanwhile, the latest single of the girl band “How you like that” released in June, continues to break records: the MV surpassed 300 million views on YouTube and set a new record for the fastest K-pop group to earn views since the day of release.

BLACKPINK's new full album is set for release in September and fans are impatiently waiting not only for their favourite girls' album, but are also making suggestions as to who might be the mysterious artist to be featured on the single.

What if Blackpink's New Release Single is feat. G-Dragon???#BLACKPINK pic.twitter.com/7NMJpEmCfq

#BLACKPINK is coming back with a new single this August. Who do you think will be the feature? Ariana, G-dragon and DJ snake are some of the rumored artists. 👀🍦 #MTVHottest BLACKPINK @BLACKPINK #BLACKPINKCOMEBACK