Unreal and Hypnotic: Lightning Looks Incredible from Earth But Looks Even Better From Space - Video 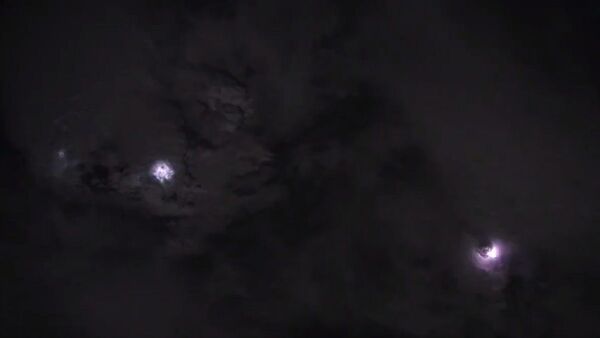 © Photo : Bob Behnken/twitter
Subscribe
International
India
Africa
New Delhi (Sputnik): People find watching lightning during a thunderstorm fascinating, but what does it all look like from space? A NASA astronaut has shared a glimpse of this natural phenomenon from far above.

Followers of National Aeronautics and Space Administration (NASA) Astronaut Bob Behnken are mesmerised by the video of lightning he recently shared from his Twitter handle. But it is not just any lightning, it is a glimpse of lightning caught during a thunderstorm from the space.

In the video, which has garnered 690,000 views, lightning bolts are visible amidst moving clouds.

Lightning from above. The violet fringes are mesmerizing. pic.twitter.com/eLCGMTbfTY

​Netizens have described the view as unreal, hypnotic and breathtaking.