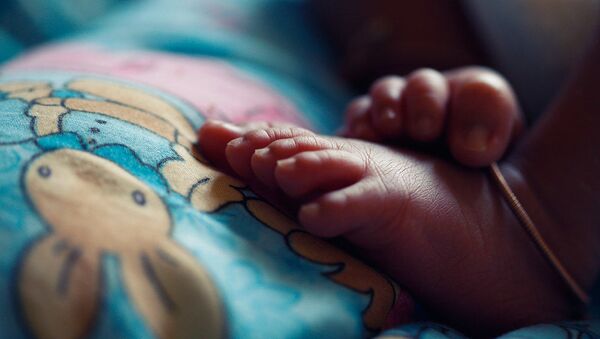 CC BY 2.0 / Vinoth Chandar / A baby is born with a need to be loved and never outgrows it. ~ Frank A Clark
Subscribe
A family in New Zealand recently won a battle with the local registrar's office in Chesterfield, Derbyshire, after they were initially urged against trying to name their 4-month-old son Lucifer.

Dan and Mandy Sheldon ran into the upsetting roadblock last week, when they decided to make the trip to the local office after it had reopened following COVID-19-related lockdown measures.

Shortly after their arrival, the joyful experience was quickly halted after a representative opted to share some advice with the family. “We were really excited to go and get him registered, but the woman looked at us in utter disgust,” Dan recalled to UK tabloid outlet the Sun.

“She told us he would never be able to get a job, and that teachers wouldn’t want to teach him,” he added. “She even told us that it was illegal to name a child that in New Zealand and that maybe we could name him something else but refer to him as Lucifer at home.”

Dan told the publication that he had explained to the official that they were “not religious people, and Lucifer in Greek means ‘light-bringer’ and ‘morning’ but she wouldn’t listen.”

After the back and forth between the parties, the family was eventually asked to leave the room while the official checked to see whether the infant could in fact be named Lucifer, one of many names used to refer to Satan.

And then, a few moments later, the Sheldons got their wish, and their baby boy was officially registered as Lucifer Sheldon.

“Eventually she did it, but it was through gritted teeth,” Dan said. “Honestly, we just thought it was a nice name … a unique one. We didn’t expect to get so much grief about it.”

Between 2001 and 2013, a total of six sets of parents in New Zealand have asked to name their child Lucifer, to no avail. According to the New Zealand Herald, the island nation added Lucifer to its list of banned names in 2013.

It’s unclear how the Sheldon family managed to work around the snag.

Aside from Lucifer, other banned names included on the list are those that may cause offense to a reasonable person or resemble an official title or rank. Additionally, potential names are rejected if they are deemed unreasonably long, according to the country’s Registrar of Births, Deaths and Marriages.

Some other rejected names include Christ, Messiah, Royale, varied spellings of Justice and any names having symbols or brackets within them.

000000
Popular comments
Well, with a name like that the parents condemn their own child for decades of bullying. These parents care more about looking edgy/cool than loving their own child. What pos