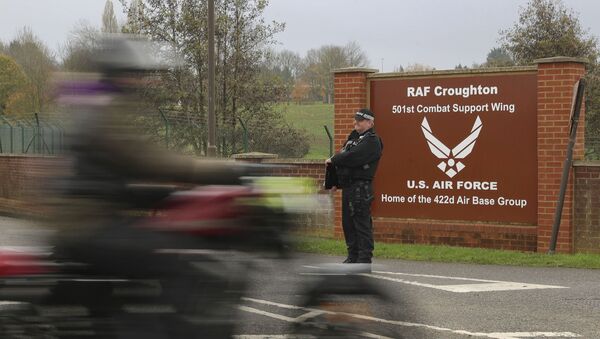 The case of the death of 19-year old motorcyclist Harry Dunn in 2019 and the subsequent immunity of his alleged killer have led to a souring of relations between the governments of the US and UK.

The UK and the US have agreed on Wednesday to amend an "anomaly" rule that allowed the woman suspected of causing the death of Harry Dunn to gain diplomatic immunity.

Speaking to the House of Commons, UK Foreign Secretary Dominic Raab announced that the "US waiver of immunity from criminal jurisdiction" will no longer be extended to the families of staff at the Croughton Annex, therefore permitting their prosecution.

The Foreign Secretary Dominic Raab has today announced that in future family members of staff at RAF Croughton can face criminal prosecution. It comes after the family of Harry Dunn, who was killed outside the base last summer, have lobbied the government.Written statement below pic.twitter.com/Q3vb6H0Ml3

​Speaking to the Press Association (PA), Harry's mother Charlotte Charles described the change a "huge step forward" and that one of the family's goals was to ensure this "never happen to another family again".

She added that she would fight to bring Ms. Sacoolas, who is a US citizen, back to the UK.

"I know these changes won't bring Harry back, and I appreciate the pain and suffering the family are still going through," she said.

"But I hope this may bring some small measure of comfort to them, because I know they want to prevent any other family [from] going through the same ordeal they have."

Ms. Charles asked the government over the weekend to make her son the "top priority" during the visit to the UK by US Secretary of State Mike Pompeo.

She said Foreign Secretary Dominic Raab had assured that Harry's death was "number one" on the agenda.

"There are plenty of things [Mr. Raab] could do, we need proof of what he's going to do. He looks defeatist, he looks like a little lost child in an adult's world. Stand up for us, we are UK citizens," Charles added.

On Tuesday, Ms. Charles and Radd Seiger, the Dunn family's spokesperson and adviser, called out what he described as improper protection of Sacoolas.

A court hearing in June heard the "secret agreement" that allowed Ms. Sacoolas to return to the US following the 19-year-old's death last August.

Dunn was killed in a car crash near RAF Croughton, Northamptonshire, after Ms. Sacoolas was believed to be driving on the wrong side of the road.

Her husband, Jonathan Sacoolas - who works for the CIA - left Britain right after crash occurred and claimed protection from arrest and prosecution under diplomatic immunity rules.

Mr. Sacoolas was stationed at the US intelligence base at RAF Croughton, where the collision took place.