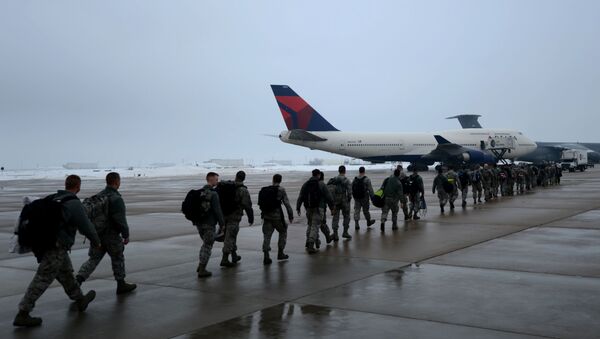 US Secretary of Defense Mark Esper is pushing back against recent troop reduction reports and clarifying that the Pentagon is not developing a plan geared toward a pullback in troops from South Korea.

“I've issued no orders to withdraw forces in the Korean Peninsula,” Esper stated during a Tuesday virtual discussion with the International Institute for Strategic Studies think tank.

At the same time, the defense secretary explained that the National Defense Strategy is still being implemented and is likely to result in more troop movements “to make sure we are optimizing our forces.”

“We're moving toward additional concepts, new concepts such as dynamic force employment. And I continue to want to pursue more rotational forces — force deployments into theaters, because it gives us, the United States, greater strategic flexibility in terms of responding to challenges around the globe,” he added, as reported by Stars and Stripes.

This comes after the Wall Street Journal, citing US officials, reported on Friday that the Trump administration had received options from the Pentagon on reducing the US troop presence in South Korea.

US President Donald Trump has previously demanded approximately $5 billion per year from Seoul to maintain the current level of 28,500 troops in South Korea. However, Stars and Stripes reported that current US negotiators have lowered their demands to an undisclosed amount.

A possible reduction in US forces in South Korea was referred to as “strategic incompetence” by Senator Ben Sasse (R-NE) in a statement released the same day as the Journal’s report.

“This kind of strategic incompetence is Jimmy Carter-level weak. Why is this so hard? We don’t have missile systems in South Korea as a welfare program; we have troops and munitions there to protect Americans,” Sasse asserted in a July 17 release.

“Our aim is to give the Chinese communist leadership and the nuclear nut tyrannizing his North Korean subjects something to think about before they mess with us.”

The defense secretary expressed during an April briefing that while “South Korea is a close and trusted ally of ours,” it is still another country.

“They can and should pay more to help for our regional defense and their specific defense.”

That same month, US Forces Korea furloughed 4,500 South Korean employees due to the December 31, 2019, expiration of the Special Measures Agreement.