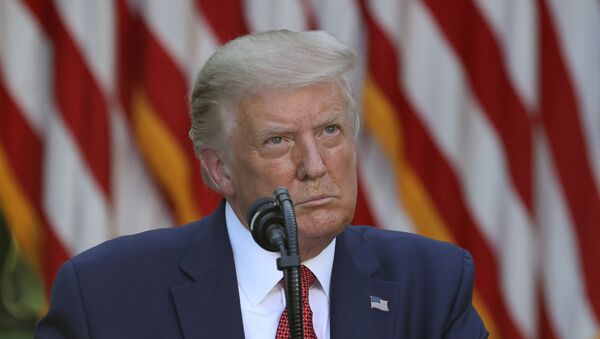 The US president has argued that counting undocumented immigrants in the apportionment process could result in the allocation of two or three more congressional seats in certain US states.

US President Donald Trump has signed an executive order requiring census counts to be adjusted by subtracting undocumented immigrants.

"It is the policy of the United States to exclude from the apportionment base aliens who are not in a lawful immigration status...to the maximum extent feasible and consistent with the discretion delegated to the executive branch", the order issued on Tuesday says.

As an example, the order cites "one state" where there are more than 2.2 million illegal immigrants (presumably California), and including them in the apportionment would result in two or three more congressional seats for the state, creating an imbalance.

The order says that the US Consitution requires "persons in each State" to be included in the census, but the term has been interpreted to refer to the "inhabitants of each State". However, it lies with the executive branch to determine who are the "inhabitants", and that judgement includes excluding from the apportionment base "aliens who are not in a lawful immigration status".

The president added that the "radical left" has been trying to eliminate the concept of American citizenship and conceal the real number of illegal immigrants in the United States.

Since the US Supreme Court recently forced the Census Bureau to remove a citizenship question from printed census forms, the authorities will presumably need to use statistical estimates to prevent "aliens" from being enumerated in the census.

Census data is used to determine the size of electoral districts that supply lawmakers to Congress as well as state legislatures.