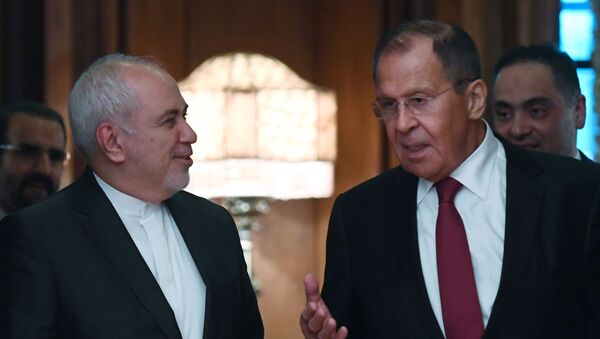 The meeting's agenda includes such issues as bilateral cooperation as well as regional and international matters, including the Joint Comprehensive Plan of Action (JCPOA), among other things.

Sputnik is live from Moscow where Russian Foreign Sergei Lavrov and his Iranian counterpart Javad Zarif are holding a meeting to exchange their views on bilateral ties as well as international matters including the Iranian nuclear deal.

The meeting comes days after the Iranian nuclear deal, also known as the Joint Comprehensive Plan of Action (JCPOA), marked its fifth anniversary on 14 July. The JCPOA has been in crisis since May 2018, when the United States unilaterally withdrew from it and reintroduced sanctions on Tehran. Now, Washington is seeking to extend a UN arms embargo on the country, set to expire in mid-October.