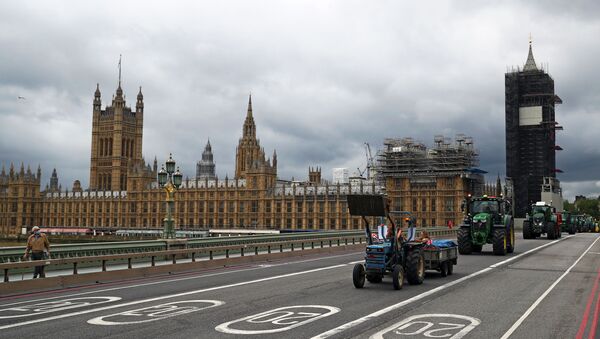 Jon Gaunt
All materials
I’ve had a right laugh this morning watching the Biased Broadcasting Corporation and Sly News try to talk up the Russia report as if we're all in grave danger and there are ‘reds under all our beds’!

Despite the report stating that there is NO evidence of Russian involvement in trying to influence the EU referendum result the Remainiacs that infest the BBC and most of the media just won’t let it go.

Now the attack line is that the Government should have learned the lessons of the Scottish referendum, which again is mostly speculative, and been on their hind legs looking for Russian influence.

Here is another idea, how about apologising to Aaron banks and Nigel Farage and the 17.4 million of us who voted to get our country back and get out of the EU.

I don’t know about Russian Bots trying to influence the British public and somehow brainwash them but I actually respect the intelligence and nous of the great British public evidently more than the ‘remainer establishment’.

People voted for Leave because that is what they wanted, whether the Kremlin desired it or not.

The only people who I can remember trying to influence our decision is David Cameron and George Osborne with their operation fear and their decision to spend 9 MILLION pounds of our money on a leaflet telling us to vote remain on the eve of the referendum campaign. 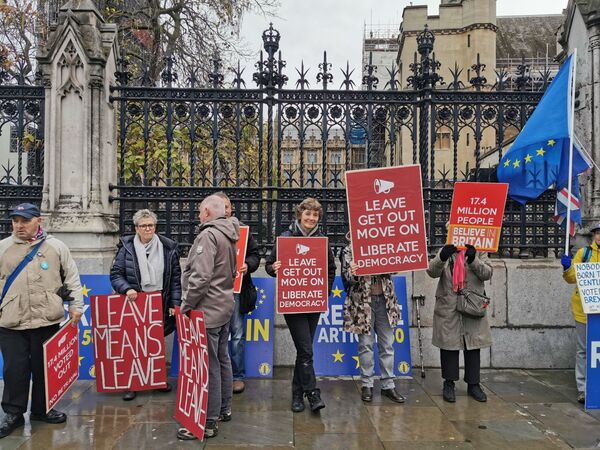 Forget about Russian media and social media activity influencing the decision of the UK it was blatant propaganda from Cameron and Osborne that influenced most peoples votes. People reacted against this in their millions.

Then of course let’s add in the Armageddon like economic forecasts that came out of the Canadian Born Bank of England’s main man, Carney.

Who can forget that ‘great democrat’ Obama making his state visit and reading out a speech, clearly written by Cameron’s guys, telling us that we would be at the back of the queue, not the line, to get a trade deal with the States if we voted leave.

It was all propaganda and the Establishment were determined we would not leave.

And they are still determined to stop our exit even at this late stage.

Did you have any confidence in the British establishment putting your rights and desires first after that pantomime of a press conference today?

Despite Zoom and Skype becoming part of all of our lives during this pandemic they couldn’t even get the audio to work or remember to mute their microphones.

SNP MP, Stewart Hosie, was revelling in the attention today. I’m not saying he was a sore loser and still crying over spilt milk for the democratic decision of the Scottish people to stay in the Union back in 2014 BUT he was…….. a sore loser!!

The suggestion, ‘that it was the Russians wot won it’ (or influenced it) is as farcical as the suggestion that the Sun won elections in the past. It’s cliched thinking.

And anyway, just for the record if the Russians really were trying to influence the result they lost as Scottish people voted to stay in the UK. So, in those terms it’s a clear one nil to the UK on all fronts.

Now there are calls from an investigation into the EU result, perhaps even a public inquiry! Please give over and accept you’ve lost and the people won.

The report doesn’t seem to mention that all of the three parties wanted us to Remain yet the public decided otherwise.

The public wanted Brexit....regardless of interference from the Tories and Labour and dare I say regardless of big business, the establishment, the USA or indeed Russia. We made our own mind up.

The report also states that our largely paper based voting system is robust, which as far as I can see should be the green light to halt the expansion of postal or remote voting in our elections.

This is why I back Number 10 when they responded to the report by insisting that a “retrospective assessment” of the EU referendum was not necessary. They also added that, “We haven't seen any evidence of successful interference in EU referendum.”

As for the MSM now writing headlines that scream that this report is a ‘bombshell’, it is nothing of the sort. It is actually a damp squib. The report has lots of eye-catching conclusions but seems light on the evidence.

However, the real bombshell is the way that the Establishment have been so involved from the House of Lords down through every level of business in aiding and abetting alleged Russian criminals to bring and launder their money in London.

If these allegations are true let’s investigate them now but again for any investigation and subsequent report to have any validity it needs to have much more robust evidence and a hell of a lot less cliched Russian bashing.