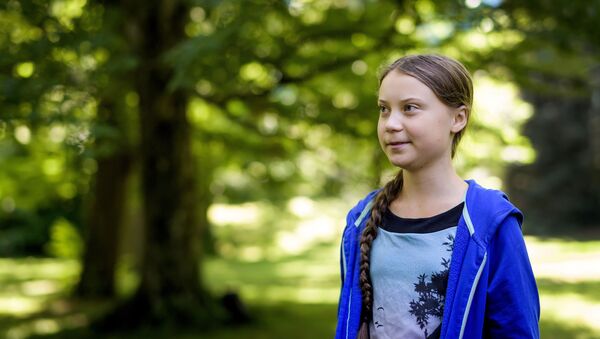 Businessman and philantropist Calouste Gulbenkian is credited with being the first person to exploit Iraqi oil and making the petroleum riches of the Middle East available to the West. By the end of his life he was known as one of the wealthiest people across the globe.

Swedish teenage climate activist Greta Thunberg has been awarded the first Gulbenkian Prize for Humanity. The 17-year-old award-winning figurehead of the climate movement was chosen among 136 nominees (79 organisations and 57 personalities) from 46 different countries.

Grand Juror Jorge Sampaio emphasised the broad consensus of this choice and pointed out that the way Greta Thunberg mobilised younger generations for the cause of climate change and her tenacious struggle makes her “one of the most remarkable figures of our days”. Sampaio also stressed her “pedagogical” role and her “leadership”.

The Grand Jury highlighted Thunberg’s “charismatic and inspiring personality”, coupled with the force of her “singular and distressing message capable of arousing disparate feelings”, and her “capacity to make a difference” in the fight against climate change.

Greta Thunberg said she was “extremely honoured” to receive the Gulbenkian Prize for Humanity and pledged to donate the prize money of 1 million euros to charitable projects fighting for a sustainable world “as quickly as possible”, citing the “climate emergency” we are all in.

I’m extremely honoured to receive the Gulbenkian Prize for Humanity! We’re in a climate emergency, and my foundation will as quickly as possible donate all the prize money of 1 million Euros to support organizations and projects that are fighting for a sustainable world, defending nature and supporting people already facing the worst impacts of the climate- and ecological crisis — particularly those living in the Global South.  Starting with giving €100.000 to the SOS Amazonia Campaign led by @FridaysForFutureBrasil to tackle COVID-19 in the Amazon, and €100.000 to the Stop Ecocide Foundation (@ecocidelaw ) to support their work to make ecocide an international crime. @fcgulbenkian #facetheclimateemergency

According to her, the money will be divided between projects supporting people facing the worst issues, particularly in the Global South. Among others, the SOS Amazonia campaign, led by Fridays For Future Brazil to tackle COVID-19 in the Amazon, and the Stop Ecocide Foundation will each receive €100,000.

British-Armenian businessman and philantropist Calouste Gulbenkian was an oil magnate and one of the wealthiest people of his era. As a major shareholder of Royal Dutch Shell, Gulbenkian was nicknamed Mr Five Percent for his policy of retaining five percent of the shares of the oil companies he developed. Gulbenkian is also credited with being the first person to exploit Iraqi oil and thus making the petroleum riches of the Middle East available to the West.

Isabel Mota, the president of the Calouste Gulbenkian Foundation, stressed that the prize to Thunberg highlighted its commitment to urgent climate action, fostering communities that are more resilient and better prepared for future global changes.

17-year-old Greta Thunberg, has shot to prominence through her solo protests against man-made climate change in front of the Swedish Parliament and since become a media darling, celebrated as a climate guru, winning many accolades and prizes in the process.

At her tender age, she is enjoying unprecedented influence, lecturing the powers that be about their failure to address climate change. She was awarded the title “Person of the Year” by Time magazine in 2019 and has been nominated twice for the Nobel Peace Prize.