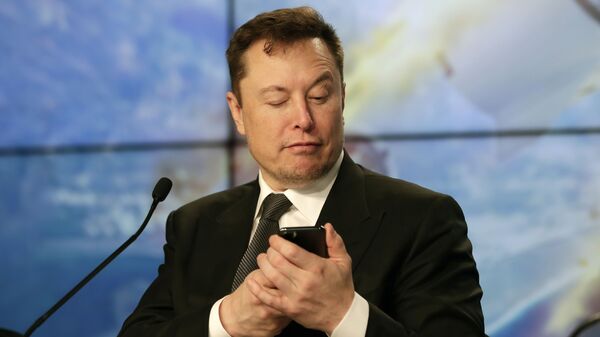 Tim Korso
All materials
True to his earlier promises, Musk is promoting the idea that intracranial interfaces must be developed in order to cure brain-related conditions and eventually to enhance human capabilities.

The founder of SpaceX and Tesla, Elon Musk, has shared new details about another one of his projects, a brain-computer interface called Neuralink, confirming on Twitter that at some point in the future, it will allow people to "listen" to music without actually using their ears.

The feature was announced by Musk while promoting his yet-to-be-released product's other capabilities, such as its potential ability to fix brain/spine injuries and work in conjunction with artificial intelligence.

At the same time, the tech entrepreneur said that the company still needs to fix a multitude of "hard problems", such as signal processing, sealing, and inductive charging, urging professionals in the field to join Neuralink's team.

Musk's promotion of Neuralink's features didn't pass by netizens unnoticed, who have recently been bombarded with a plethora of conspiracy theories, especially related to the coronavirus pandemic and how it could for some reason possibly be used by billionaire Bill Gates to "chip" everyone on the planet under the guise of administering a vaccine against the disease, which has already claimed the lives of over 600,000 people. Some social media users noted that chips inside people's heads sounds like the typical start of a "dystopian future movie" that doesn't have a happy ending.

You guys really want to wear brain implants made by a billionaire tech magnate? Isn't that the start of like every dystopian future movie?

What if “wear your mask” today turns into “take your chip” tmro? What if a corrupt gov got a hold of neuralink and mandated it? What if it were to be hijacked by those with Ill intentions? What if, it is the mark of the beast?

Others, however, dismissed such grim views of the future, arguing that great innovations and inventions have always met with much distrust.

People thought cellphones, international flights and combustion engines were too good to be true. Until they became safe. @neuralink will take time to be refined like with all other revolutionary ideas. It will soon be quotidian and mundane.

Are movies not a figment of the authors imagination ? So goofy when people turn to fictional movies for answers and explanations

Many twitterians were fixed on the idea of music being directly transmitted to the brain, discussing its possible implications – from the ability to listen to it as loud as one pleases without consequences, to the possibility of transmitting emotions along with the sound.

There may not be music in the emotion experience - It may be watching a movie, broadcasting your senses (I.e, see and feel what a basketball Player does), or simply getting emotions transfered into your brain.

Can be used as a new art form or entertainment, even drugs.

So, basically we could listen to it as loudly as we please, and not fear adverse effects to our hearing, since the hammer and stirrup will be out of the loop entirely?

Would it be considered listening if it goes directly to the brain🤔🤨🧐????

… as well as prompted light-hearted puns.

Talk about song stuck in your head :D

Around two weeks ago, the Tesla founder teased with more information about Neuralink's capabilities, confirming that the technology could potentially cure people of addiction and depression by altering the brain's chemistry with signals.