Why So Serious, 2020? Twitter 'Mistook' Zuckerberg For The Joker in Vacation Photo 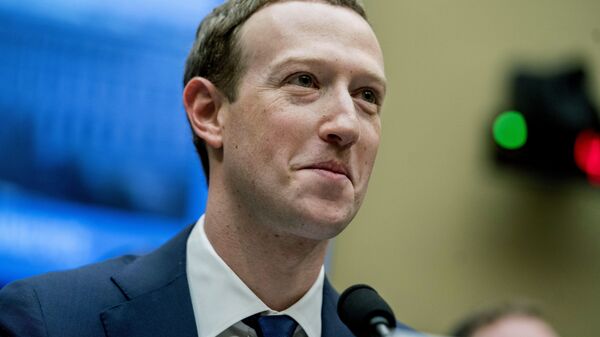 © AP Photo / Andrew Harnik
Subscribe
International
India
Africa
Mark Zuckerberg, co-founder and current CEO of Facebook and one of the richest people on the planet, seems to be overly worried about excessive sunbathing and its possible outcomes, even appearing to use too much sunscreen. Did you ever think you would see Zuckerberg surfing looking like The Joker? 2020 got this for you.

A photograph of Mark Zuckerberg reportedly surfing in Hawaii with a full white mask of sunscreen on his face has gone viral on Twitter, causing Twitterati to draw parallels. Sometimes they were disturbing - like the one with The Joker, an iconic DC villain infamous for being fun in a very creepy way. And sometimes they were relatable, even though not many people can go relax on the beach with sunscreen this year.

The picture seems to have the potential to produce memes, showing Zuckerberg in a hoodie, standing on a surf board, and apparently very cautious about getting a sunburn. With that amount of sunscreen though, it's unlikely to occur.

Nothing can surprise me in 2020 pic.twitter.com/Y2HfTmc4yc

​Some users felt for him, apparently being just as worried about extra UV radiation as the Facebook CEO is. However, that seemed to be "the nicest thing" one could say about him.

"I totally understand using that much sunscreen." - the nicest thing I have to say about Marc Zuckerberg

​Others implied that Zuckerberg should pay that much attention to data protection for Facebook users.

For a guy constantly under fire for security issues, Mark Zuckerberg really steps up the protection when it comes to UV rays!

​​And some went straight to making parallels.

first steps towards being the Joker

The Mark Who Laughs (and surfs) Mark Zuckerberg pic.twitter.com/iCoVHHgqao

​Some remembered the famous Miyazaki character "No Face", which is seen by many as creepy.

No one has ever seen Mark Zuckerberg and the ghost from Spirited Away in the same room, just saying pic.twitter.com/RZ54gjcHJz