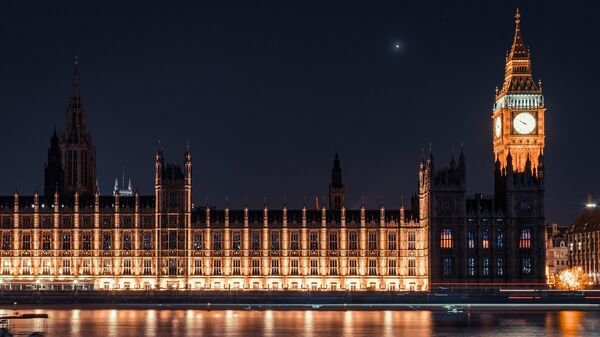 A long-awaited report on alleged Russian interference in UK politics is expected to show that the Kremlin tried to influence the results of both the Brexit and Scottish independence referendums.

Political commentator John Steppling is convinced that Russia's interference in UK politics is usually not substantiated by proof.

Sputnik: What do these allegations of Russian interference in UK politics represent in your eyes?

John Steppling: The accusations that Russia interfered in UK electoral processes or politics is usually accompanied by zero evidence to it. All governments interfere with other governments politics. Everybody does it. The US does it more than I think anybody, in fact, and they usually brag about it - Mike Pompeo has openly said that. Look at US interference in South American politics, in the recent coup in Bolivia, in the recent failed coup in Venezuela.

John Steppling: Scottish independence is kind of overdue. You're going to get a sort of desperate last-ditch attempt to discredit this, by association, by saying "but it's Russia". This discussion for Scottish independence is of course going to be tarnished with all these things. With cries of conspiracy theory, "Russia did it" - Russia does everything! Yeah, I think this is a distraction. I think it was predictable. I think it will grow. In fact, you're going to see as another referendum approaches, cries of Russia did something. God knows what. You always have to ask yourself - and I do this with people and say: "Why would Russia do that? Why would Russia do these things at the moment that they're accused of doing it?" There's never an answer for that, because, of course, they wouldn't do it.

Sputnik: On the back of that, looking at some of the UK's legacies, some of its history, does the UK government have the right to make these baseless accusations, particularly on the back of their own history of misinformation, foreign interventions, and ultimately plots to undermine foreign governments?

John Steppling: Yeah, I mean look at British actions in Kenya; look at them in India; look at them throughout the Middle East. People's identification with the aggressor is something that really fascinates me and it's something that has been part of a conditioning process through media, through Hollywood, through all kinds of things. The US has 900 military bases around the world that are outside of its borders - all over the planet, all over the world, many of which are substantial. Russia has, I think, two, both in former Soviet satellite countries; that's it. Yet, you ask the average American, the average Briton, I suspect and they would tell you Russia is the more aggressive country. The UK, of course, has aligned itself with the US, with US foreign policy, with NATO foreign policy, and Russia has not.