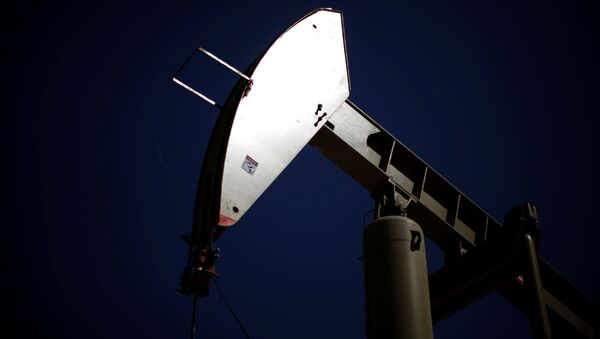 Oleg Burunov
All materialsWrite to the author
Last month saw a drop in oil prices which came against the backdrop of fears pertaining to an increase in crude and fuel inventories in the US.

Oil prices plummeted on Monday amid an ongoing spike in coronavirus cases in many countries across the world.

Reuters cited Rystad Energy’s head of oil markets Bjornar Tonhaugen as saying that “as things stand, prices are not likely to produce any sizeable gains very soon, until a signal that the [coronavirus] pandemic slows down”.

He added that although COVID-19 “has been cornered” in Europe, "the Americas and some Asian states have still a long way to go”.

Analysts Say Oil Price May Rebound to $150 by 2025 After This Year's Collapse, WSJ Reports
The number of confirmed coronavirus cases has, meanwhile, surged to more than 14 million, according to both the World Health Organisation and John Hopkins University. The highest daily increase was registered in the US, India, Brazil, South Africa, and Mexico.

Monday's developments followed last month’s drop in oil prices after reports about oversupply in US crude earlier in June.

This was preceded by an earlier adopted OPEC*+ agreement that stipulated global oil production cuts entering force on 1 May, a few weeks after US crude prices plunged below zero per barrel, in a historic drop that also caused the collapse of the global oil market.