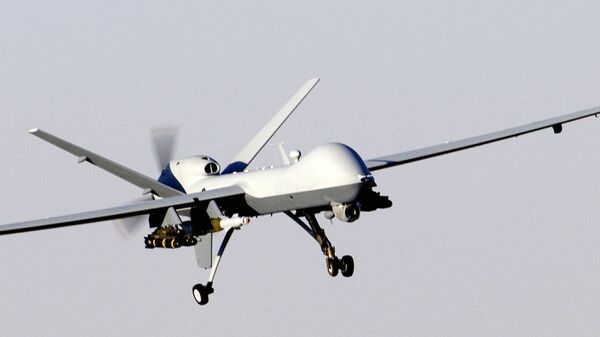 WASHINGTON (Sputnik) - A US court has sentenced a Lebanese national to three-and-a-half years in prison for conspiring to illegally export unmanned aerial vehicle technology out of the United States, the Department of Justice announced in a news release.

"Assistant Attorney General for National Security John Demers and US Attorney Erica H. MacDonald for the District of Minnesota ... announced the sentencing of Usama Darwich Hamade, 55, to 42 months in prison, for conspiring to illegally export goods and technology", the release said on Monday.

According to the defendant’s guilty plea and documents filed in court, from 2009 through 2011, Hamade conspired with others to export US-origin goods and technology, including inertial measurement units, digital compasses suitable for drone use, a jet engine, piston engines and recording binoculars, without obtaining required export licenses, the Justice Department said.

"According to evidence presented by the government, the ultimate beneficiary of Hamade’s actions was the designated foreign terrorist organization Hezbollah", the release read.