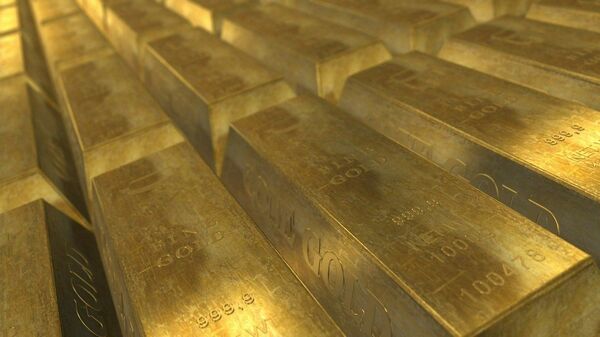 New Delhi (Sputnik): On 5 July, customs officials at Thiruvananthapuram Airport in India's Kerala seized 30 kg of gold, worth $2 million (INR 150 million) from diplomatic cargo addressed to a person in the UAE's Consulate-General.

Some 250 kg of gold worth INR 1.1 billion ($14.4 million) has been smuggled into the country via employees from the UAE diplomatic mission since July 2019, a senior officer from India's National Investigation Agency (NIA) revealed on Monday.

The official further stated the consignments were passed without any checks due to diplomatic immunity.

"At least 15 such consignments containing a total of 250 kgs of gold came into the country in the last one year. We are probing some events organised by state government departments", the officer said, adding all consignments had come through Thiruvananthapuram Airport.

The agency also revealed that the main accused, Faisal Fareed, who used to send the consignments has been arrested. He will be extradited soon. The anti-terror probe body National Investigation Agency (NIA) had requested Interpol that issue a blue corner notice against against him.

Officials earlier stated that the gold was used for terror activities rather than for jewellery.

"We are questioning all the people whose names have cropped up during the questioning of the accused. This includes the former secretary of the state chief of Kerala as well", the officer said.

On 9 July, India's Ministry of Home Affairs ordered the NIA to investigate the smuggling of gold through diplomatic channels in Kerala. A case under the Unlawful Activities (Prevention) Act against four people, Faisal Fareed, Swapna Suresh, Sandeep Nair, and Sairth PS was registered by the agency.

As the case came to light, Suresh, a former employee at the UAE consulate, and Nair were taken into custody. The duo is curently in custody.

The UAE mission in New Delhi has denied any involvement in the case.

Kerala’s Finance Minister Thomas Isaac recently slammed the Bharatiya Janata Party for opposing to bring gold under e-way bills, which has become a boon for traders engaged in tax evasion and the sale of smuggled gold. Kerala asked the GST Council to make e-way bills mandatory.

Can you tell me a commodity that can be transported anywhere in India without any documentation? Any commodity above ₹50000 would require a e-way bill for transportation. But not for gold. Kerala is fighting for gold to be brought under e-way bill. BJP opposes Why?#Goldsmuggling

​The case has put the ruling Kerala state government under intense political fire as the opposition has demanded state chief Pinarayi Vijayan to step down from his post.